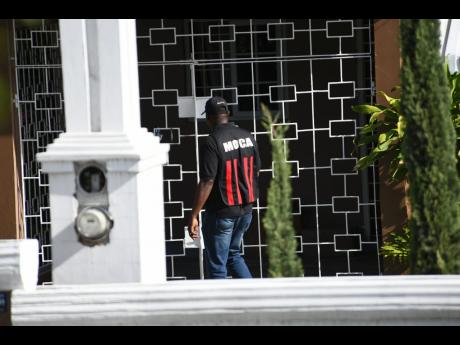 Law enforcement sources have listed the others arrested as Reid’s wife, Sharen, and their daughter, Sharelle. President of the Caribbean Maritime University Professor Fritz Pinnock and Brown’s Town Division Councillor Kim Brown Lawrence are the others who have been arrested. 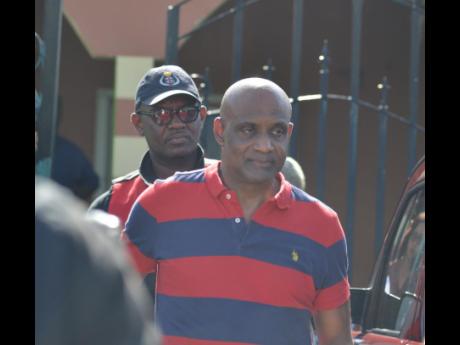 Reid and Pinnock have been the subject of investigations into allegations of corruption, fraud and misappropriation of public funds involving the Ministry of Education and the Caribbean Maritime University (CMU).

Searches were conducted at four locations in St Andrew, St Catherine and St Ann and the persons were arrested and taken into custody for further questioning. Additionally, several items were seized including documents and electronic devices.

BELOW: A lawyer for disgraced former education minister Ruel Reid attempts to get answers about this morning's operations. (Ricardo Makyn photo) 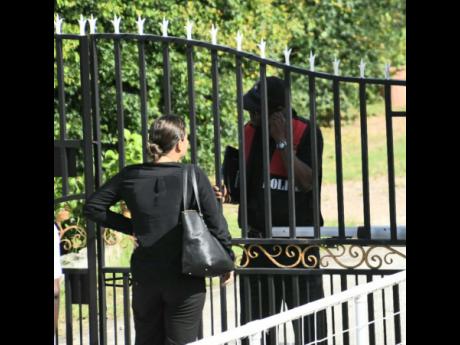