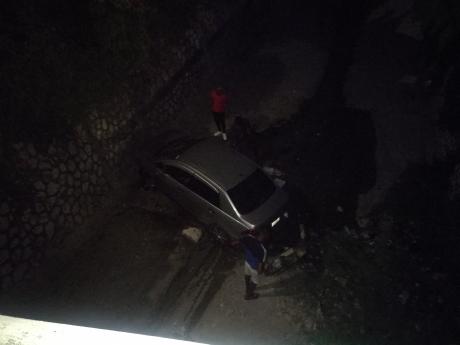 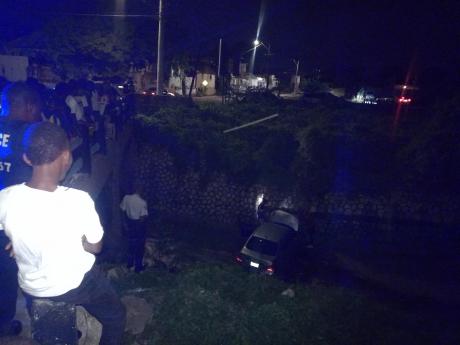 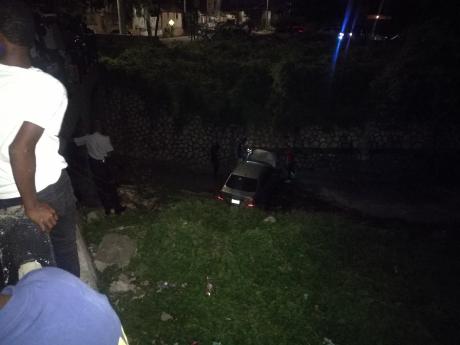 A car transporting a gunshot victim to hospital careened off the road and fell into a gully, about 20-foot deep, on Sunday night.

The accident took place on Slipe Pen Road in Kingston shortly after 11 p.m.

Eyewitnesses say that the car had four occupants, including the driver. A man, who was reportedly shot in the Ambrook Lane area of Kingston, was in the vehicle.

Up to late Sunday night, the driver of the vehicle, a grey Tiida motorcar, was at the scene but the other occupants were taken to hospital. They appeared to have escaped serious injury as a result of the crash. Eyewitnesses said the occupants helped themselves from the car and climb out of the gully before they were assisted.

"Dem seh a gunshot man get suh nuh baddy nuh move cause inna the ghetto, if you go try help a man who get gunshot that could be your death sentence," one man said.

A group of men said they had just moved from the section of the bridge into which the car ran. The reported seeing the driver of the car trying to get out the path of a Hiace van that was coming from the opposite direction. They said that the car burst through the concrete rails on the bridge, sailed through the air, landed on its four wheels before coming to a sudden stop when it hit the retaining wall on one side of the gully.

The driver of a wrecker that was called to remove the vehicle said it would require a crane to take up the car.