No TB in prisons, says Department of Correctional Services 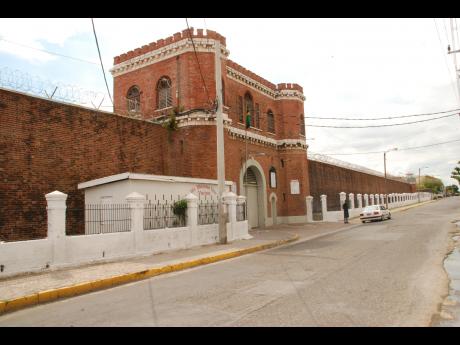 Dexter Thompson, director of corporate communication at the Department of Correctional Services, has dismissed claims made by relatives of inmates that there are suspected cases of tuberculosis (TB) at the Tower Street Adult Correctional Facility, more popularly known as GP.
“There is nothing true to that. I am not aware of anything like that. The case we are hearing about is about the police … the matter has nothing to do with GP or any of our correctional centres that we have. Our inmates and correctional officers are fine,” he said.
Earlier this week, it was reported that at least three policemen were suffering from suspected TB symptoms. They were allegedly exposed at the Supreme Court.
But according to the wife of an inmate, at least one person has died behind bars from the deadly disease. She accused the prison officials of sweeping the matter under the carpet.
“My husband told me that at least one person died there already and even now there is an inmate at a Corporate Area hospital because he is suspected to have the disease. But I am assuming that because they are prisoners, the matter is not looked upon as being important,” she said.
TB generally affects the lungs, but can also affect other parts of the body. It is spread through the air when people who have active TB in their lungs cough, spit, speak, or sneeze.
Yesterday, the Court Management Services (CMS) responded to the reports of the suspected TB cases.

“There is no established link between the Supreme Court and the police officers who have reportedly contracted TB. The CMS wishes to advise the public that the Supreme Court remains open and matters will proceed as scheduled,” a part of the release read.