Black Ice wants to inspire with 'Red A Red' 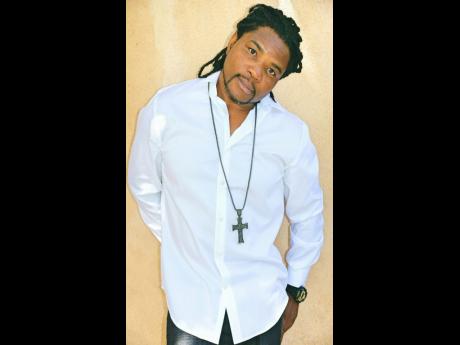 Reggae artiste Black Ice is currently promoting his latest single, 'Red A Red'. Released late last month, the track, he said, implores its listeners to be conscious of their surroundings and the world they live in.

"It's a song about the road I walked and encountering what the system has to offer. It urges mankind to keep their eyes wide open, to see behind the illusions and unveil the truth," he said.

Describing his music as being positive, uplifting and inspiring, yet edgy and real, Black Ice believes this single will not only educate and inspire but earn him a new set of fans worldwide.

"Music should not be taken lightly, and as entertainers, we should remember that record can't wipe off, so I choose my lyrics carefully. So far, Red A Red is resonating well with its listeners, and I am hoping it will continue to reach as much ears as it can," he said.

Black Ice, whose given name is Gary Palmer, was born in St Ann but migrated to the United States with his family as a child. His education was of primary importance and he attended the Walter O. Krumbiegel Middle School (Hillside, New Jersey) and Hillside High. He then joined the US Navy for four years, before attending Long Beach City College and then Long Beach State University, where he studied engineering.

During this time, however, he said that music was always an integral part of his upbringing. Members of his family held parties and other musical events in which he had always shown a keen interest. Growing up, he loved listening to all genres of music, but he said that he was influenced by musical legends like Bob Marley, Dennis Brown, Peter Tosh and Marvin Gaye.