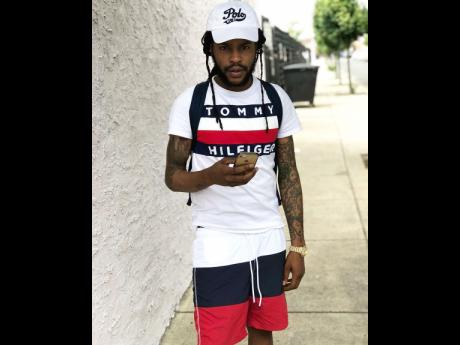 The entertainer said since the song's release earlier this month, it has been making rounds on local and international airwaves.

"It talks about the power of prayer and faith. A lot a time we forget to give thanks for blessings. A lot of time we are caught up in this world and just nuh realise how Jah guide we head back daily from our enemies,"

Pray was produced by Lawes Productions and Versii Don Records.

"I really hope that it will continue to bless up the place while giving me some new fans. Me want it break barriers, and all people who no talk English fi a sing it," he said.

Rasta British, who's given name is Clive Somers, was born in Trelawny, but migrated to the United States at age 12. His interest in music peaked in his teens.

He was also a member of a high-school group called Mad Squad.

"We would party at school events and underground parties, before parting ways. However, I continued a solo career after I graduated high school," he said.

His other tracks include Run In Pon Who, Run Out, Top A Things, and Party, featuring Blinx.