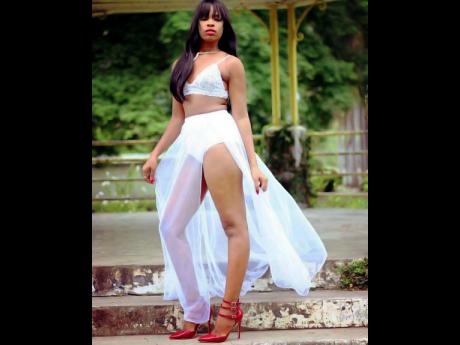 Kelisha Green, more popularly known as Double K, says she enjoys performing. And for the rest of 2018, fans will see her on several stages, as she will be going to Canada for three gigs, beginning December 14.

Double K told THE STAR that she was excited to deliver new music and engage her Canadian audience on her return to the territory.

"This is my second time in Canada. I was there in August. I have a show on the 14th in Niagara Falls, the 15th in St Brantford, and another on the 21st in Toronto. I have new music for my fans, and I definitely have to perform the singles that I have out there doing well," she said.

Meanwhile, Double K told THE STAR that her career was getting back on track following the death of her producer, True Blue.

"It was a really rough year because my producer, True Blue, who was pushing me, died. I am doing everything on my own, but with the help of Eddie Wisdom of Wisdom Promotion based in Canada, I see a bright future," Double K said.

Now, she says, she is currently promoting her new song called 3 a.m.

"The feedback has been good. No Panty Day and Big Bumper are also doing good, and my song Looking For Love, with Beenie Man and Ykel, a gwaan good, too. When me drop a Canada, everything dem a get," she said.

The artiste, who hails from Papine in St Andrew, said that she is on a quest for stardom and she doesn't see anything stopping her from attaining her goals.

According to Double K, more performances and more recordings will solidify her name in the industry.

"I have some new singles coming for 2019 - one with me and Tommy Lee Sparta produced by Blaqk Sheep. I have a new video coming as well as my mixtape with CD banging titled Supligen Body. I want to launch my first album and try and secure a record deal to take my music to global heights," Double K said.