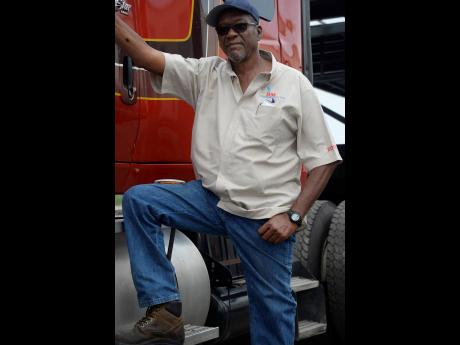 Lenon Puppy Williams has been with Zoukie Trucking for more than 25 years. 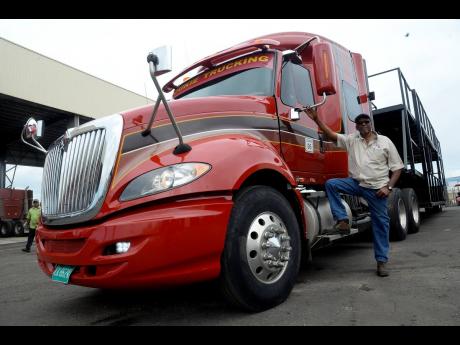 ‘Run behind the big truck’. ‘Puppy’ Williams stands by his big rig.
1
2

Lenon ‘Puppy’ Williams is a technician, but for the past 29 years, he has been one of the most important persons in Jamaica’s Carnival Road march.

Employed by Zoukie Trucking Services Limited, Williams was the very first, and only driver, given the responsibility of carrying Byron Lee and the Dragonaires through the streets of Kingston.

“I was the only driver ever to drive Byron Lee, from the start in the ‘90s until he died. He wanted nobody else, because it was technical for the band,” Williams told THE WEEKEND STAR. There was no opportunity for a dress rehearsal.

“From the first time, Mr Lee explained everything to me, and I just said OK,” he said.

Manoeuvring the large trailers is no easy feat.

“There are people all around you and you don’t know what they’re going to do. You have to use the truck sometimes to ‘push’ them. They’re tired, they’re drunk, they this, they that. You have to know how to move the truck, to ease them,” he said.

Williams said that the first time he touched the streets, it was both exciting and nerve-racking.

“It was exciting on one hand, nervous on the other - because of the crowd. The first time you gonna have that kind of crowd around you. You have to balance your mind as to how you gonna handle the truck so you don’t hurt anybody,” he said.

In his almost three decades, he has never injured a reveller. As he puts it, “Not even mash a toe. I’m that lucky. Good, but luck is in it.”

Since the local calypso pioneer’s passing, Williams remains heavily involved – not just as a driver, but also as the designer of special frames and truck beds made specifically for Carnival Sunday.

“Being in carnival for that length of time, he knows the length of the trailers that can make the corners, the placement of the wheels, the dangers of where the people stand, the height of the trailer to the electrical wires, the routes that we choose,” explained Duane Marzouca, general manager of Zoukie Trucking.

Zoukie’s trucks are used as bars, deejay booths, stages and more. As such, there are trailer beds built and designed specifically to keep the turntables steady, to stage performers and to keep the revellers imbibed.

To accommodate the expanding reveller’s industry, Williams has designed removable frames (to house bars, deejays and the like) for flat decks, so they can store the frames and use the trailers ‘normally’ during the year. However, he has also designed frames directly on to trailers beds, which stay parked all year.

Williams really got into designing the frames about two years ago, when the local carnival band scene expanded to include Xaymaca International and Xodus Carnival, to add to the stalwart Bacchanal Jamaica.

“When Xodus came in, we had to design frames for them. There is nobody in Jamaica that does them, so we had to sit down, draw and design them, and build them from scratch,” he said.