Jaz Elise – new girl on the scene with ‘Fresh & Clean’ 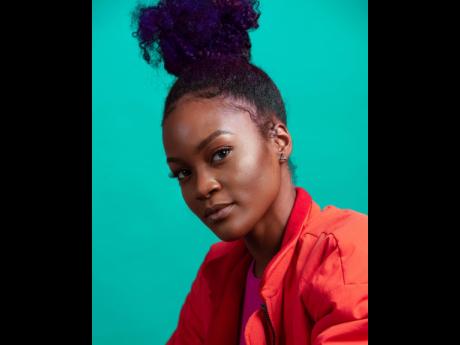 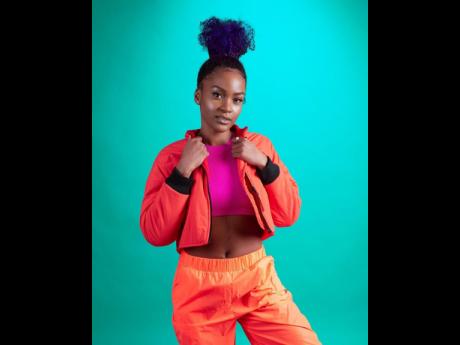 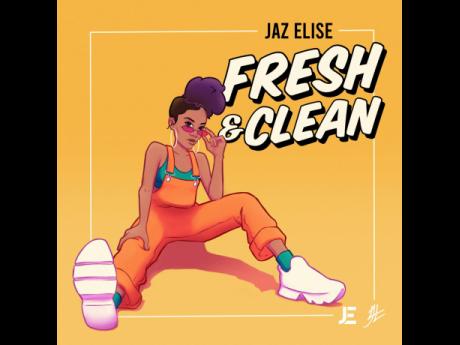 For Jaz Elise, the purple-haired upcoming singer rocking with the chunky sneakers and track suit aesthetic, stage life has been a long time coming.

Jaz showed all the signs indicating her passion: like constantly getting to school late because rehearsals ran over, and leaving school to rehearse some more. Then, joining the University Dance Society (UDS) at the University of the West Indies, Mona, until she ended up, by chance, as a member of the QUILT Performing Arts Company.

Now, Jaz Elise hopes to build some momentum upon the release of her sophomore single, Fresh & Clean.

Performance was innate for Jaz. "My dad is a musician. That's his bread and butter," she told The STAR, before revealing that everyone else in her immediate family can carry a tune. "But dem nah sing pon stage and dem supm deh." Then how did she end up on stage? "Mi nuh know. Mi too nuff!"

According to Jaz, she was the one surprised by her family's response when she took the decision to enter the music business. "Everybody basically said, 'It took you long enough.' They always support me. Sisters, mom and dad, cousin dem, everybody. They keep me grounded, just like my QUILT family keeps me grounded."

While studying on campus, Jaz was also dancing, before she accidentally waltzed into a new performance circle. On a particular day, entering the Philip Sherlock Centre for the Creative Arts as a member of the University Dance Society, Jaz thought she was in the right place.

"It's a funny destiny story. I remember coming to UWI and walking into a rehearsal. I didn't have on my glasses. I walked into a rehearsal and sat in a circle of people. But it turned out it was a QUILT rehearsal, not UDS! I had to run out because I felt so shame! They must have thought, 'Dis brazen girl just come siddung ... .'" But it was a chance encounter that led to Jaz finding another creative, musical family.

"I did a dance show for UDS a few weeks after that, and a member of QUILT was there! And they approached me to join." Though she is not currently an active member, she remains tied to the company, like a patch long sewn, mended and blended as it had been there forever. "Priorities shifted, but I still have family with that group. I consider myself a part of the QUILT."

She officially ended regular rehearsals with the performing arts troupe about seven months ago when she decided to put 100 per cent into becoming a successful recording artiste. "I did a show with QUILT in March, but it was hard. I wanted to be a part of everything, but I realised I couldn't put 100 per cent in this and in something else at the same time. From I started dancing, that helped mould me into the performer I am. I developed my artistic expression because of QUILT," she shared.

Jaz relays that the music industry life is as much the rat race as many say, but it is also as cathartic and fulfilling.

"It has been everything everyone says and more. It's rough and tough; it's dog eat dog, but it's been really good. I'm blessed to have the opportunity to be a part of things. I give thanks to the producers I've been able to work with, to the artistes I've come to know. There's growth in me on a mental level and a creative level. I give thanks for that," she said.

There's a lot of music yet unreleased by the upcoming artiste and she stated excitedly, "If it was up to me, everything drop yesterday. It's just about finding the right timing. I'm looking forward to a project - getting people to see Jaz Elise, pon yuh TV! Hear me pon di radio one or two time, you know?"