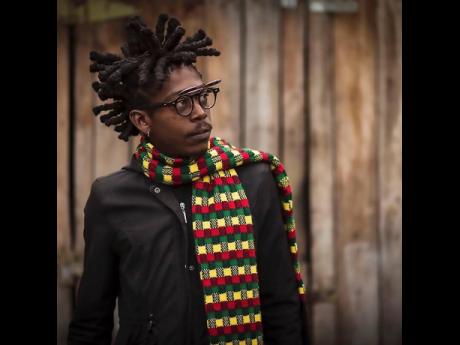 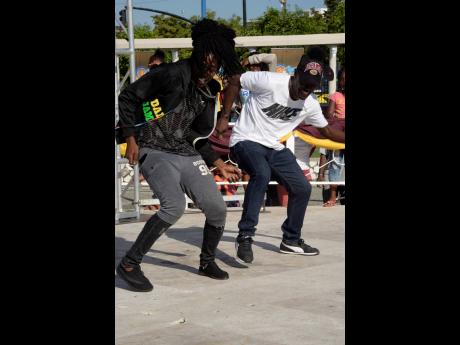 At first glance, he doesn't look like one but local dancer Melvin Miller is 'Gryzzly Bear'. Born as a 12-pound-baby, a spectacle that pulled all the nurses at the Victoria Jubilee Hospital in Kingston to his mother's bedside, he is now a man whose energy remains as big and magnetic as it was on his arrival.

Any person active in Jamaica's reggae and dancehall nightlife may have spotted a wild Gryzzly Bear, either as a patron stationed in front of a stage, or in the middle of a dancefloor, dancing from gates open to 'party lock-off'. More recently, the dancer has begun feeding his energy into other pursuits, like being an emcee.

Last year, Gryzzly Bear served as the opening emcee for the World of Reggae Dance Championship and the JCDC Festival Song Competition.

"I was that energy who attracted the crowd, until them actually start the show," he told THE WEEKEND STAR.

But how did Gryzzly Bear go from performing to hosting? It was three years ago, when he and fellow companions from the Dance Jamaica creative hub (22 Barbican Road) launched Premiere Wednesdays, a regular, reliable platform to showcase emerging talents. He lamented the circumstance of aspiring performers without immediate access to necessary resources like social media, and shared the vision to develop a platform which would offer solutions to the aspiring.

"You just come and express your talent. We, as talent, know what it is like being out there with all this competition. It was a success in terms of we highlighted a lot of young artistes. Then, at some point, we started inviting experienced artistes, those who have that exposure already, who could give pointers to the talent for enhancement," Gryzzly Bear said.

That stage was also set for his own enhancement as a capable event host. "I just ventured off," he revealed.

Premiere Wednesdays lasted for three seasons, with three months for each season, and was scheduled to return in October 2019, but another 'entity' started launched an event with a similar format. Gryzzly Bear shared: "It kind of move us in a way, but this is how people are. We were planning to come back with a bang. But we're multitasking, talented people. We don't just dwell in the one skill and say we're depending on 'this'."

As he explores other talents, dance remains at the centre of Gryzzly Bear's occupations. In addition to performing at funtions, he also choreographs and teaches dance professionally. "My oldest student is 64. He is an architect who retired and is travelling the world right now. Me build him up from ska and him deh around 2005 - with Screechie, Call Down Di Rain, Chaplin, dem type of dance deh," the dancer said.

His students and supporters are recruits in his self-stylised 'Bear' or 'Bere' Empire.

"I use the word two ways. 'Bere' Empire means we have dancers from 'bere' different countries, communities, places of mind. So you have bere different type of people who are part of the 'bere' empire. The bere empire is bere vibes, bere fun," he explained.

With heavy locks atop his head and claw-like fingernails, he brings the 'bere vibes and fun' mandate back around into his bear-like expression.