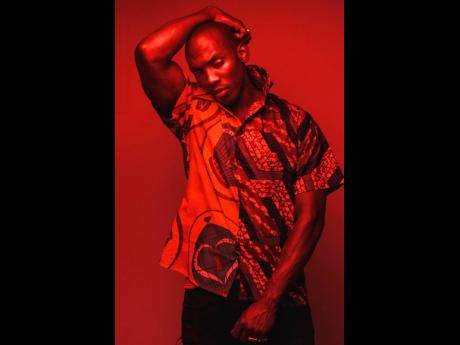 Demaro Brown, 34, is ready to take on the music industry, but is it ready for him?

Dancehall music has perhaps uncovered its first openly gay recording artiste, and Demaro has enjoyed an enviable industry debut, landing a premier event with Billboard for the music video of his second single, Mi Ready.

At age 22, Demaro left Jamaica and settled in New York. In the video, he's dressed in a red, green, and gold merino and cut-up jeans with a Jamaican flag bandana tied around his crown. Demaro is plainly some kind of patriot.

But he told THE WEEKEND STAR: "The thought of coming back to Jamaica has never really crossed my mind. I love my country. It's a beautiful place. It's just the mindset (homophobia) of the people. Not everyone, but how much support can you have with that different mindset?"

His Jamaican drag queen friend, Jah Love Serrano, is also prominent in the video as well as a dancing, dreadlocked man he also calls a friend.

"We know each other from the community. He was down with the whole movement. He's not gay but he came there to support. It was a whole vibe. Jamaica needs to get on board," Demaro said.

Demaro has tried a variety of occupations, but now the focus is music that he hopes will take off internationally, and catch the attention of a major record label.

Demaro said: "I'm not concerned with the stance of the Jamaican people. I would be grateful to get their support, but if not, it was not why I [am] doing my music career. I'm doing music for myself." Demaro has another single due out next month.

"It's a female anthem. It's a dance and wine your body kind of song. It's a cool song, but it's also a story. Most of my songs come from my struggle, just going through tough times, recovering from a lot of trauma that I've been through in Jamaica. It made me realise, it's just one life," he said. "I've written my songs from the standpoint of what I've been through, in hopes of helping young gay men - not only in Jamaica, but in other Third-World countries. We have to live it up."

Later this year, Demaro plans to release his debut EP, which will mostly contain dancehall music.