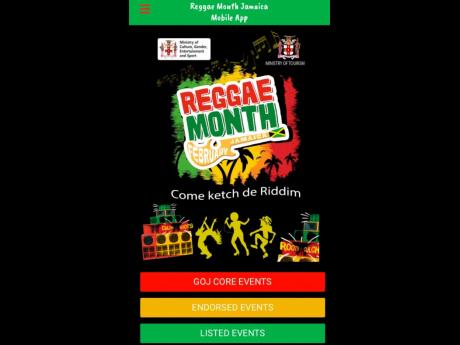 A screenshot of the app’s home page. 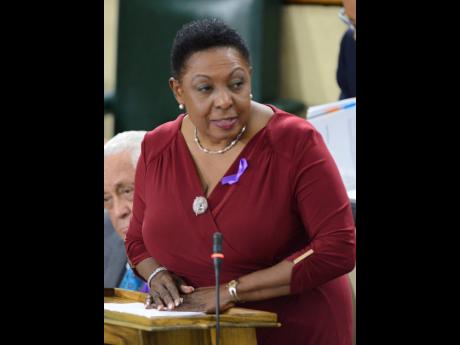 Keeping up with the millennials, the Ministry of Culture, Gender, Entertainment and Sport, and the Ministry of Tourism have collaborated to develop the Reggae Month App.

Available for download on Android and iOS devices, the app allows interested persons to keep up with all the shows, conferences and other happenings during Reggae Month 2020.

As it lists all the events being organised by the Government of Jamaica or endorsed by the Reggae Month Secretariat, the app also allows promoters to add their own events - whether it is a mento, ska, dub, rocksteady, reggae or dancehall event.

Portfolio Minister Olivia 'Babsy' Grange reiterated the expansive parameters of the app and expressed intent to keep it active for much longer than one month.

"For Reggae Month, we are encouraging those promoters who have not yet registered their events with the Reggae Month Secretariat to do so and get featured on the app, once the event is of a suitable standard. It is in a sort of beta stage and we will be continuing to make adjustments and improvements as we go along as more people download it and begin to use it and provide feedback. While the Reggae Month App was developed specifically for Reggae Month, we are seeing where there is great potential for it to be a portal for all things reggae, all throughout the year," she told THE STAR.

"I think people may well find it useful for entertainment events in Jamaica, in general," president of the Jamaica Reggae Industry Association (JaRIA) Ewan Simpson echoed, regaling the app's open invitation to all Jamaica's indigenous music forms, as appropriate, despite the name.

"One of the things that people have not understood is, in us using the term reggae, both in the context of JaRIA and Reggae Month, 'reggae' is an umbrella term for the indigenous music forms. Wherever you go across the world and people say 'reggae', they don't only mean roots, rocking reggae or lovers' rock. But they are also speaking about dancehall, ska and rocksteady," Simpson told THE STAR.

Acts like Ken Boothe, Leroy Sibbles and Marcia Griffiths have contributed to several indigenous, Jamaican music forms, "but Marcia is considered the queen of Reggae. She has ska, rocksteady and reggae tunes," he noted.

According to Grange, the Reggae Month App solves a major information problem.

She explained: "It is a way to pull stakeholders together on a singular platform so that they know what each other is doing, and [so] will be able to channel their efforts and resources more efficiently and economically."

By centralising all that information in an app, Grange posits that Reggae Month would assume the form of one major event.

"In a sense it will be like one massive reggae festival across the country for the entire month and we can't wait to get into the vibe," she said.