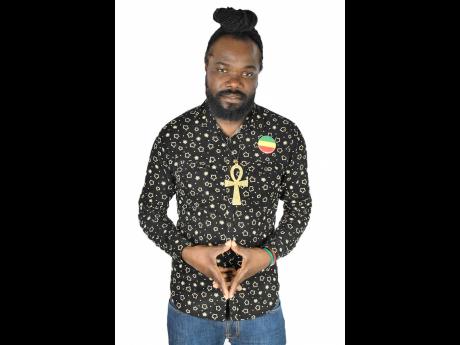 This weekend, 34-year-old reggae artiste Inkline will make his debut on the Rebel Salute stage. In the weeks leading up to the long-running, two-day music festival, he was one of 10 entertainers who auditioned by showcasing their talents to Courts stores islandwide, during Rebel Salute Live lead-up shows.

The audition was for the festival's Ready Fi Buss competition, where the winner gets a chance to debut on the big stage.

The final showdown took place on January 3, at the store's Cross Roads location, where Inkline's skills proved to be more elevated than those of his competitors. Inkline attributes his win to years of hard work, and a glimmer of luck.

"It's a long-time ting. Mi nuh just pick up music. Mi ah do this from a tender age, from mi ah guh school. Mi find a love fi it. Jah chose me for these works, so mi just a do it," he told THE STAR.

Inkline has been doing music for the past nine years. He was encouraged by peers, who often told him he had a powerful voice.

"Most artistes do tell me that. Mi give thanks," he claimed.

Inkline is currently signed to Coconut Juice Productions, and already has three songs released through the label. They are Jah Blessing, Live My Life and Free Yourself - which is also the title of his upcoming EP.

Inkline's luck turned up when he heard about the Ready Fi Buss competition from a friend. The friend alerted him that the Ocho Rios leg of the competition had landed.

"When me reach down deh, them seh dem sign off. But me determined. Mi seh mi nah lef'. Then the organiser seh, 'Who late?!'" Inkline saw the opportunity and enthusiastically identified himself. "Suh come me get from there. So we did the top 10 finals at Courts Cross Roads. That's where I dominate."