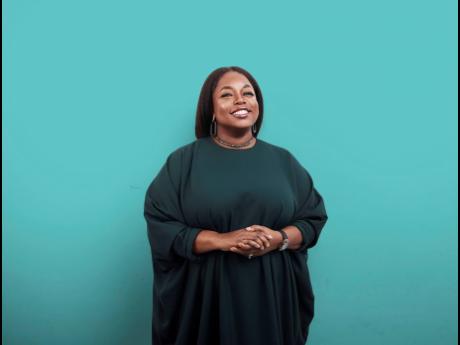 International gospel act Chevelle Franklyn has not performed in Jamaica recently, but that’s not because she doesn’t want to, or because local gospel music show promoters haven’t reached out.

From Franklyn’s perspective, the booking requests always seem to come on really short notice. It would be easy to assume disorganisation on the promoter’s side.

However, with all the moving parts necessary to get any successful live music production off the ground, gaining sponsors’ support is paramount, and it’s not always granted.

“I have a few bookings for this year, but most of the bookings I do are in Africa, the UK and America. With Jamaica, I’ve done stuff here, but not enough. And it’s not that I’m not getting the calls. It’s just that sometimes I like to plan stuff ahead, and Jamaica is a lot of “last-minute dotcom,” she told Gospel Spotlight.

insight on the issue

Basillia Barnaby-Cuff, organiser of the Sterling Gospel Awards, offered some insight as to why promoters may seem like they are just delayed with planning.

“The industry is heavily dependent on sponsors. Sometimes the sponsorships don’t come through early enough for promoters to book artistes early. I know that’s one of the main issues that a lot of promoters face. They could be planning for months in advance, and you don’t get a yes until a month or two before the show. That’s when they’d be able to say, I can afford this person. But they can’t go ahead and book somebody without knowing where it’s gonna come from to pay them,” she said.

While Barnaby-Cuff agrees that there are some practices local event planners can take into account to ensure procurement and booking requests are done in a timely manner, she would rather give attention to the ones, like herself, who get it right.

Recently, Sterling Gospel Music Awards was endorsed by the entertainment ministry, a move that Barnaby-Cuff celebrates, especially since their planning and promotions have, since inception, been prompt and prominent.

“We finished planning Sterling from last summer. I am so excited! I am just so happy that we are now recognised on the national level. And given that we are the only gospel awards show in the island, we’re happy to have the support of the ministry. That fact that we’re now recognised nationally, it speaks volumes. It concretises the fact that we’re doing something of worth, that is adding value to the entertainment industry,” she said.

In addition to feeling hastened by last-minute booking requests, Franklyn’s expansive international experience has conditioned the singer to a ‘one-man show’ culture.

“Another thing that we struggle with, it’s too many artistes on one bill. By the time you go, you don’t really get to minister. It’s just in and out. So I go where I get that opportunity to really present what I do in the best way,” she said.

Barnaby-Cuff counters that the Jamaican audience is not there yet.

“I think the Jamaican audience loves variety, and we love to know that when we pay to go to a show, we see more than one person. Maybe it’s a culture thing. Maybe it’s just something that we’re used to. Maybe it has not really been introduced to us here in Jamaica, but I don’t find that our audience is attracted to a one-man show. We like to see quite a few headliners on any particular show,” she said.

Sharing the stage or not, Franklyn hopes to perform on some stages on the island this year, especially with the upcoming release of her single, Go In Your Strength, and soon-to-be-released album, South Wind.