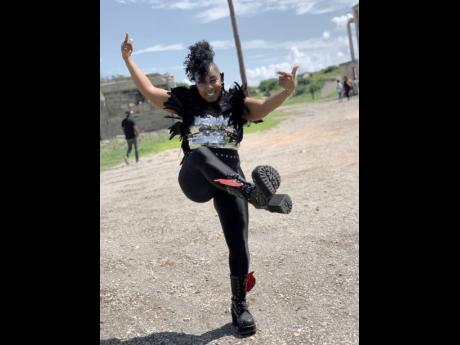 Following the accidental death of dancer Bumpa, there is need to question how far is too far in the dancehall dancer's world.

From dancer Latonya Style's observation, modern dancehall is catalysed by the chase of viral fame because entertainment depends on humour and the 'wow' factor.

"These play an important role in the dancehall atmosphere currently. A lot of people say that it's part of the culture. I disagree. It became part of the culture, but it wasn't initially," she said. "I've never seen Bogle or John Hype dance like that. I've never seen Carlene spread out on the ground and a man dive inna har. I never used to climb no rooftop and do no ridiculous stuff. For me, it's a new evolution. I don't know if it's 'wild' or 'brave'."

Shakespear has been an active dancer for years and has seen many accidents in dance.

"I see ... People get broken legs, hand and foot because they're trying to draw attention. Yes, we're entertainers but there's a limit to everything. Whenever my mind or my spirit tell me seh 'this is the limit', I just hold back ... I learn from other people's mistakes," he said.

Style revealed that she got her first dance-related injury a mere three years ago.

Her reserved and technical approach likely comes from seminal years as a member of the ASHE troupe. Now at the helm of Dance JA Studio, with years of teaching and touring under her belt, she advises modern dancers to focus on refining their skills and technique.

"I would advise them to do some form of training. It doesn't have to be somewhere expensive. A lot of them can't afford Edna Manley (College for the Visual and Performing Arts). But if them want to learn dance, them can study fitness, or about the body, and reach out to us dancers who already have that technical training," she said. "Practise and warm up. Prepare your body for this hard work, because it's hard work dem a do," she said.