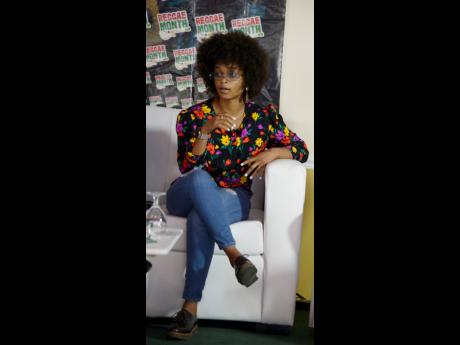 Reggae's relevance to the global music industry depends on the recognition that reggae itself is an industry.

From a panel discussion featuring rising global star Lila Ike, producer Gussie Clarke, dancer Orville Hall, industry professional Carlette DeLeon, and International Reggae Day founder Andrea Davis, it was agreed among many that for the industry to become fully formed, there are some gaps to bridge.

"Jamaican people, we operate in cliques," Lila Ike said. As a result, the emerging talent said she didn't always feel like she was part of an industry. "I really and truly have never stopped to think about it. As a creative, you get lost in your art."

The structure the singer found with the In. Digg. Nation Collective highlighted how disjointed everyone else is.

"Being a part of that label, what I find is that there's not much communal energy. Everybody has their own studios and work within the space that they're comfortable," she said.

"We need to find out why it is that the ordinary man is isolated from the people who can help him. It is for those persons who can, to maybe take off the jacket and tie, and put on a T-shirt and sit with us," he said.

Hall further reasoned that this may be the reason some creatives avoid, or don't fill the room at engagements like the symposium.

Lila said her invitation to sit on a panel during the Business of Entertainment Symposium (Reggae Month) made her feel like she was a part of something.

"When I was invited to go to WOMEX (The World Music Expo 2019 in Finland), that's when I really began to feel like there's a certain level of appreciation and I'm actually doing something, versus just being out there enjoying what I love, singing and performing. It creates a drive for me. It makes me feel like I'm a part of something great, and I just want to learn as much as I can so I am empowered and fuelled enough to go out there and deliver," she said.

Davis posited that the industry needs more connectivity for all the 'brands' associated with it, namely Jamaica, Bob Marley, reggae music, Rastafari, and ganja.