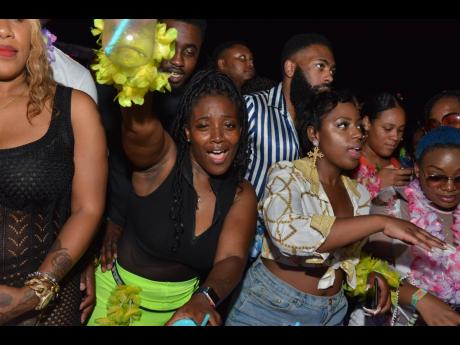 As the COVID-19 virus makes its way around the world, major music festivals are either being postponed or cancelled.

Nonetheless, BRT Weekend will rage on this coming weekend, with a plan to stock up on extra hand sanitiser.

According to the PR representative Denise Dixon, BRT organisers are keeping abreast with the news, and are paying keen attention to updates from the Ministry of Health and Wellness.

She then affirmed that the party would go on.

"We will have hand sanitisers all over the place. We will be disinfecting everything to make sure the patrons are feeling safe. But we're not cancelling anything," Dixon told THE STAR. "We have taken extra precautions by getting extra hand sanitisers and advising our patrons to heed, and follow the advice of the ministry, and come and have a good time."

Even with some international patrons scheduled to arrive for the events, the BRT team were not concerned about the potential global pandemic, until the first case popped up in Jamaica. Dixon said: "We do understand and we're following the case. We know that this was a traveller from overseas, and the island is doing everything it can to make sure their immediate family is being quarantined. So we have no worries at this point, and we are moving according to plan."

Other major music events like the South by Southwest (SXSW) annual conference in Austin, Texas, and Coachella Valley Music and Arts Festival in Indio, California, are not moving according to plan.

Even the April premiere of the brand new James Bond film, No Time To Die, has been pushed back.

Coachella will postpone the event, originally set to take place April 10-12 and 17-19, potentially until October. SXSW was scheduled to run from March 13 to 22.

This is the first time in SXSW's 34-year history that the entire event has been cancelled.