Zagga comes up with ‘New Hail’ to combat COVID-19 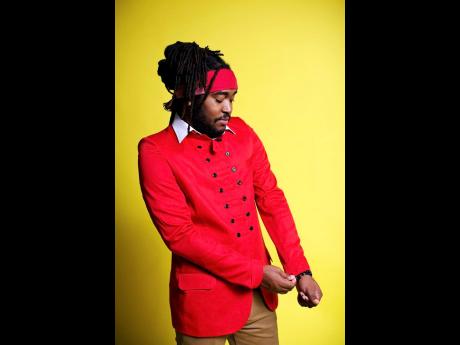 Though many people were busy preparing for the onslaught of the new coronavirus on Tuesday, dancehall entertainer Zagga was recording in studio, then filming the music video for his fun but educational single, New Hail.

On the same morning, the idea came, Zagga went through a list of rhythms in his phone, waiting for lyrics and melody.

"As me put in the riddim, the ting come to mi meds like - 'new hail, weh me seh? A new hail!' And it just so happens that it looks fun at the same time. It have that likkle humour to it," he said.

According to Zagga, New Hail was recorded in about 35 minutes, then quickly 'balanced' by Jordan McClure of Chimney Records.

"Mi ah listen to it and seh you know mi nah put this out without a video. So me seh, you know what? Draw fi mi iPhone and seh, yo, di whole ah unu just link up inna Portmore. We ah guh shoot a music video tonight," he said.

"You have to really make light of heavy situations. It's not like you're going to be irresponsible and stupid. But sitting down and worrying about it is just going to make it worse on you mentally, and the people dem around you," he said.

While New Hail offers hygienic tips, "at the same time, ah whole heap ah information in it same way, like eat healthy foods and keep your immune system up."

For the foreseeable future, Zagga will not be travelling, but educating himself on the virus.

"You have people weh really blow this thing out of proportion, because them nuh really educated about it. Read up about it. Know exactly what it is and how it spread, and how to prevent it. Just find things to do inna the time," he said.