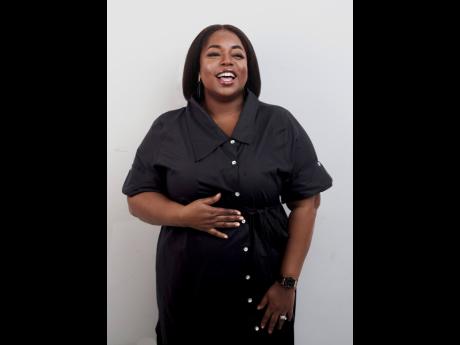 As gospel fans lie in wait to hear reassigned dates for highly anticipated events, gospel music artistes are making sure that in the meantime, those fans can be on the look out for new music, too. Decorated performer Chevelle Franklyn recently confirmed the global release of her upcoming single, ' Go In Your Strength', which is scheduled for release on radio and all digital platforms on April 3.

Go In Your Strength is the lead single from Chevelle's upcoming album, South Wind: Vol 1. Unlike previous albums, which include radical testimonies from a former secular career, the latest comes as the artiste's first full-length worship album.

"It is total worship, total exaltation and admiration for God. This one points solely to Him and who God is," Chevelle said.

The lead single's release will be accompanied by a music video, shot at the legendary BOP Studio in Mahikeng, South Africa, which leads to the additional interesting fact that the album was entirely recorded in South Africa. Naming South Africa as one of her favourite countries, Chevelle noted an attraction to the richness of the cultures, beautiful people, landscapes, but especially incredible musicianship.

"I initially travelled to South Africa for a short stint to record two songs, but God had other plans. A few days turned into a few weeks and a full-length album," she said.

In her frequent travels, Franklyn has become a familiar face on the African gospel scene. There, she has toured multiple countries as a headlining act. She has even taken centre-stage on one of gospel music's biggest soundstages on the continent, the world's largest one-day faith-based concert called The Experience. Annually, the event brings in upwards of 800,000 patrons to Lagos, Nigeria.

For South Wind: Vol 1, scheduled for release later this year, her collaborators include Ntokozo Mbambo. The album was co-produced by top South African producers Nqubeko Mbatha and Mojalefa Mjakes Thebe. Her African connection will be much more evident on the album than in the credits. On this project, fans will hear Chevelle singing in one of South Africa's widely spoken languages: Zulu.