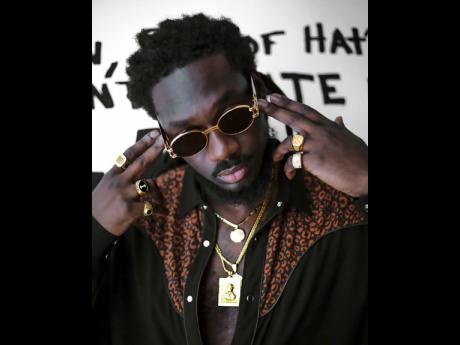 Rapper Third World Don is not allowing the global entertainment lockdown to affect his work.

In fact, the Jamaica native, given name Michael Barnett, is taking advantage of the opportunity.

This weekend, he will reach out to all the people stuck at home in the wake of the COVID-19 viral spread, with the release of the single Prayer.

Listeners can get a taste with a teaser clip on his social media profiles, featuring a repeating sample of Max Romeo's Chase The Devil.

"That's actually the same sample Kanye West used for Jay-Z's Lucifer. It's a cryptic message," Barnett told THE STAR. "There's a trend right now in hip hop, over the last two years, in America especially. The younger artistes are getting killed whether by robbery or gang affiliation. In Jamaica, it's what we call badmind."

The sample only features in the music video's introduction, which is essentially a clip of Barnett's grandmother praying over him for protection.

"It's this balance between good and evil. In my life, a lot of the music and message I speak about is dibbling and dabbling in negative things, but still, it's also me showing the youths that there's a better way. So far, I've made it out unscathed, but there's a dark side to these things. There's an outcome that could either mean your life or being incarcerated. That's why the Max Romeo sample is basically saying, chase the devil outta here," he explained.

Barnett expects those staying at home due to COVID-19 may spare more time to take in new music.

"The world has changed. The world is connected globally now through the Internet. Everybody is on their computers and their phones," he said. "I've seen with my own eyes. Songs go viral in 24 hours and become overnight hits. I feel like now is actually the most ideal time to release music. Now, more than ever, it's a way to gain attention without the club."

He continued, "I feel like the climate right now, the energy and the message we're putting forward, we definitely need it. There's a lot of chaos and negativity. I feel like, right now, the world needs a 'prayer'."