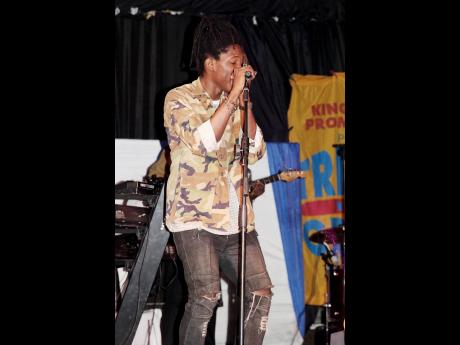 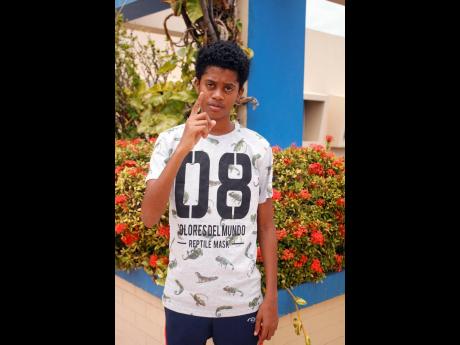 But, in anticipation of their second collaboration called Young Boss, set to be released Friday, Blvk H3ro revealed that Wayne J was actually the first person to ever bring him on stage.

Now, after years of chilling out, eating from the same pot and sometimes sleeping in the same house, they have finally combined their talents - and are at the start of a hopefully fruitful working relationship.

"Over the years, we just know each other and par, just reason and share life together. It was natural that this happened," Blvk H3ro told THE WEEKEND STAR. "We just go in a the studio, and we have songs weh do in a five and 15 minutes. It definitely started from us just being around each other."

The first potent signs of the friendship appeared last month, when they dropped their first collaboration, Original, a track inspired by the classic rhythms of the 1990s and the early 2000s.

"As young as he is, he's been doing this for a long time. Even though him so young, the spirit weh him carry is an older soul. He could always reason with me, and his music always inspired me. As a youth, him sing songs like Slacky Mouth and 18 or Older, and a teach the youth the right thing," Blvk H3ro said.

The teaching continues with the friends' upcoming release, Young Boss. In keeping with the Internet's ever-evolving promotional campaigns, there will be a series of videos tied to the song in which both artistes will connect with, and interview young, tech-savvy business people.

"Yeah, [ Young Boss] has a little catchy bop, a little ego to it somewhat - because we know what people want to hear first, so they can hear the messaging. We're directly trying to target the young entrepreneurs," Blvk H3ro said.

He explained that Young Boss is directed towards all the young bosses, entrepreneurs, creatives and freelancers.

"We are the middle class now. We are taking over. Our parents are getting older, so we just need to be more abreast with business. The song is just about that, business -and how we as youths need to approach the business of things, how we need to set ourselves," he said. "This song is a step towards that, to get every young person to meditate on that. Especially now, it's critical."