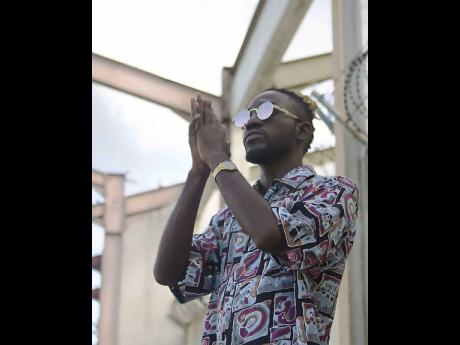 Alexx A-Game has been on hiatus, and due to the COVID-19 pandemic, the entertainer's plan to return to the entertainment scene remains on pause. Known for his radio-friendly song, ' Go Harda', Alexx was set to remain a vibrant presence on the airwaves. But it was necessary to take time off to refocus, to make sure he was going in his own direction, and to make sure his daughter's first year of life was full of daddy's love.

"Mi tell miself seh mi want to give my daughter the right start. Last year was the year for that, making sure seh she all right, make sure she wake up every day and see me ah tell her seh she beautiful. A lot of my focus was on her," Alexx told THE STAR.

He continued, waxing sweetly about his firstborn. "Mi ah guh have the rest ah mi life fi run down wah gwaan inna music. Ah only one time mi daughter ah guh have a first year, only one time she ah guh born. Mi did haffi make sure me deh deh fi dat. That was the main focus for 2019."

But during his break from the public, Alexx was also focused on righting the direction of his music career. "I found that I started to get caught up in allowing people to dictate my pace, and I was never that type of person. Me always set the pace and the trend - like the style weh me take on since 2004 ... . Trim off the side of mi hair, lock it and put it up in a di top and colour di ends. A lot of people look like that now. It's sumn weh me like. I've always been a trendsetter," he said.

Now, Alexx is proud to announce that he has a better understanding of how the music business functions, and he can now produce himself. Having production power means writing, recording and releasing at his own pace.

"All of the song dem weh me have out there weh mi fi get offa dem, mi ah get offa dem. More time you work with people, you do a song with a producer - dem siddung pon the song for two, three years. But mi can voice miself now, can arrange mi own vocals. Mi can do everything and just release a song now," he shared.

Alexx reports that he has managed to stockpile a 'whole heap' of songs, but the COVID-19 pandemic has unexpectedly extended the hiatus. Not overly concerned by delaying new releases, he is more worried about how the pandemic has affected everyone.