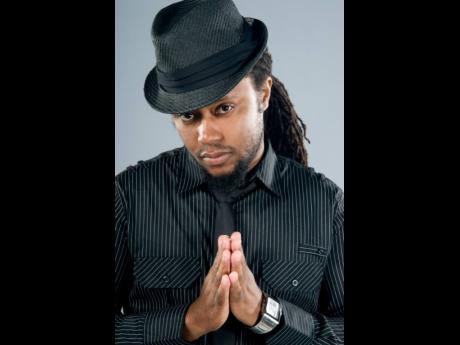 There is the opinion that as more and more people are required to stay home, now is the best time for entertainers to push their material at the audience. But singer Duane Stephenson thinks that while it might be a good time to drop some singles or B-sides, it may not be the best time to release an entire album.

"Clearly, we were watching this thing. It has now been pushed back to a date unannounced, because we don't really know where this will end. Everybody is just sitting and watching where that is concerned," Stephenson told THE STAR.

Usually, promotional touring follows an album's release. But since borders are still being closed worldwide, there is no surefire way to ensure Stephenson's message gets delivered to his fans.

He shared some of his shattered itinerary, and his plans to stay busy and keep positive, regardless.

"I was supposed to have a flight on April 2, headed to Honduras, to the Roatan Islands, and then on to the US for a show in Orlando, and continue on. But all shows between now and May are basically cancelled, or postponed," he said.

Other future dates are still tentative, but Stephenson isn't dwelling on that. Rather, he's happy to be home.

He added: "We have to be grateful still. We have life, and the family is good. I have nothing to complain about."

And even without shows on the roster, there are still ways to keep busy, and there is still work to do. He is using the opportunity "to do a lot of writing".

For the period, he is also working on projects for artistes such as Gyptian.

Additionally, his team is re-evaluating plans for whenever the album can be released, including music video treatments and figuring out some blitz promotions.

"We have to stay artistic. It's the nature of the work we do. We can't be too down about the situation. We have to be grateful and hopeful, and keep on trying to motivate people throughout the whole process. There are a lot of people who are in worse situations than we are, so we can't take it for granted. We have to create our own opportunities," he said.