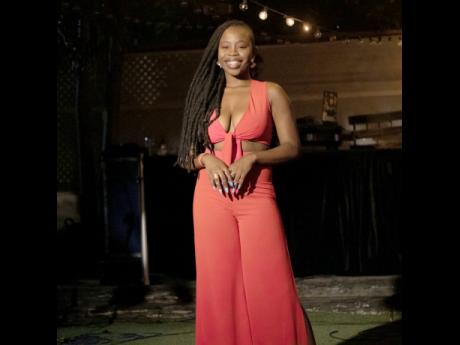 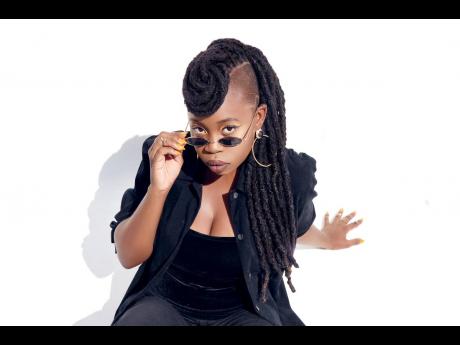 One heart-warming musical moment amid the COVID-19 belongs to emerging recording artiste Joby Jay. New to the game, she took to social media to share the inspiring first moments that led to the release of her debut single, ' Big Girl Ting'.

It was late last year, and Joby heard her lyrics and melody finally coming together. She threw her hands in the air, and her legs did a frantic jig, before the singer tried to compose herself as her vocals reverberated through the studio speakers.

It wasn't enough to readjust her faux locks into their styled position, or to take a seat. Joby was so overcome with emotion that she burst into tears.

"I really love that song. Mi proud ah it. I love the message, I feel like people will vibe with it. That was the decision to say Big Girl Ting ah guh be the single," she told THE STAR.

Joby's teary-eyed jig happened during her first official studio session, but not her first time recording. Her occupation as a photographer guided her to the initial experience.

"Funny enough, the first time I actually was in a studio, it wasn't my studio session. I went with an artiste to take photos. It was funny because it was 'buck-ups'," she said, estimating that could have happened about two or three years before Big Girl Ting.

While the artiste was in the booth, Joby took a seat beside the producer, then absent-mindedly added harmony to the performance.

"That's something I do all the time, naturally. I always harmonise with whatever melodies I hear," she said.

She was eventually sent into the booth, under instruction to lay down background vocals. Joby's time came in 2019, accompanied by original music.

"When I just wrote the song, ah di verse me get. I wrote it down and recorded the melody. Mi neva know what the chorus did ah guh be. Mi neva know what it was going to be about. But me get the first line dem and mi just work pon it. Then I had left the song for a really long time. For months," she confessed. But she completed it, much to her delight.

Joby shared, "There was a day we went to the studio to lay the instrumentals, with actual live instruments. We took another day to do background vocals and then the last day, I was supposed to do the vocals. Mi did do it inna like two hours."

With her first song out of the way, it was almost time for the next step.

"Right before this corona thing started, I was getting very close to shooting the video. But I had to put that on hold," Joby said.

Even without the music video, Joby's emerging fans still have content to look out for, and get excited about.

"I have been writing, I don't ever really stop. We have some singles we want to release as soon as possible," she said.

COVID-19 crisis or not, the plan is to have an EP released at the end of this year, as she continues full steam towards a music career.

"Music is an industry where you have to do a lot of investing before you start seeing anything back. When mi nah sing, mi ah edit picha or something of the sort. Photography is still my job. The goal is to eventually be at a place where I can do music full-time," she said.