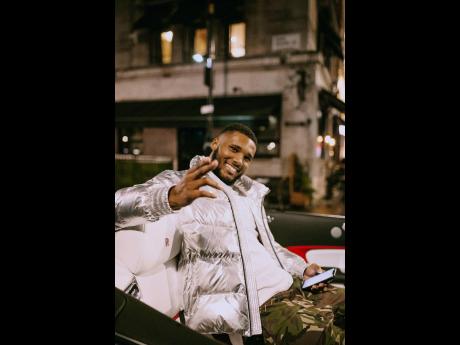 Jamaicans should be accustomed to hearing UK residents wrap local slang into their own.

As interwoven as their idioms have become, there are still differences. This allows recording artiste M1llionz to build the hook of his brand new single Y Pree.

"Over here, people use the word 'pree' in the same context as Jamaicans, but without the 'y' at the front. Some probably actually don't know what 'y pree' even means," he told THE STAR.

Y Pree was released on April 16. The music video takes an unconventional tour of Jamaica. Though sun, sand and sea were referenced, there was little inference of an outsider's gaze. Instead of flexing with necklaces and popping champagne poolside, M1llionz looked like a 'yardie'.

"I come from a Jamaican family. The island is home for me. I'm most comfortable when I'm there," the rapper said.

M1llionz further shared that he tries to visit as often as possible, the last time being in February to get footage for the video. With its release, M1llionz begins an uncharted journey to popularising drill music (a derivative of trap music) in the Caribbean.

In addition to finding comfort in his ancestral land, M1llionz hopes for the good favour of a Jamaican audience as his career progresses. The first step was to place himself here, juxtaposed with snapshots of a Juici Patties sign or a bus stop branded by the Nuh Dutty Up Jamaica campaign. He also took to the sea.

"The boat scene in particular was crazy because I was the only one in the sea in Montego Bay, and it fit the vision for my video beforehand," he shared.

He also spent time in Seaview Gardens. M1llionz blended in well with the residents, donning a merino while nursing a 'special' (white rum and Boom energy drink).

"Seaview's lit. It's a welcoming community. They always show me love when I touch the grung," the rapper said.

As he melds UK culture and sound with Jamaican sensibilities, M1llionz is confident that the Jamaican audience can embrace drill, as they have embraced trap.

"I think they'd enjoy drill music, [because] there's a lot of dances that go with the songs. And you know Jamaicans love dancing," he said. "I'm hoping for a good reaction (to the song). We covered some rural and relatable places on the island in the video. Hopefully, they can find something to connect with, and the song can be relatable in some way, whether it's lyrics or visuals."