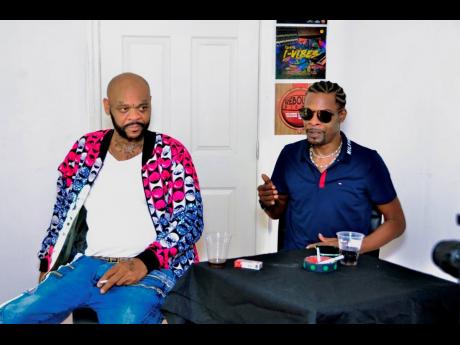 Future Fambo is flexing all the muscles gained while working in the music industry. By his own definition, Future Fambo is comedian, actor, musician, singer, dancer and an extremely capable host. Coming soon, the long-time entertainer will focus on one of these skills with the premiere of his brand new online talk show, ' Future Fambo and Friends'.

"As an artiste, people hail me as a yute who has evolved so many times. I'm just evolving again," Fambo told THE STAR.

While putting his host skills on display, Fambo hopes the show will offer platforms to the regular man to speak on their own truths and experiences. "You have to take time and show people different sides. I don't just want to talk to the nonchalant. I want to talk to the people. There's no such thing as a VIP guest. I'm trying to let people know that apart from being an artiste or whatever you are, we are just ordinary people," Fambo said

Already pencilled in as the first guest is dancehall artiste Mr Lexx. The following guest will be social media personality Bawda Cat. "I don't know him personally, but people have requested for me to do an interview with him," Fambo told THE STAR.

Future guests include Chris Martin, Beenie Man and Bounty Killer. Fambo shared that even Buju Banton's response to the show is pending.

Keeping it in the industry family, producers will also be in the mix, like Seanizzle and the Big Yard team. Fambo will go as far as inviting fitness trainers on to the show, because this production isn't all about celebrities. "I have to big up Vivian Thomas and Tandra Jhagroo (Urban Vine Media), because they are the ones that came to me with the idea."

"I could interview a regular taxi man, the cook at Norma's restaurant, the lady that owns Ziggy's ... . Expect anybody on the show. It's not for only entertainers and people who are popular. Sometimes you could talk to somebody who live a regular life and you'd never believe their story," he said.

"I have 13 episodes of 'Future Fambo Reasonings on the Rock', produced by Dutty Rock Productions with Sean Paul as the executive producer. He's also shopping it for Netflix," he revealed.