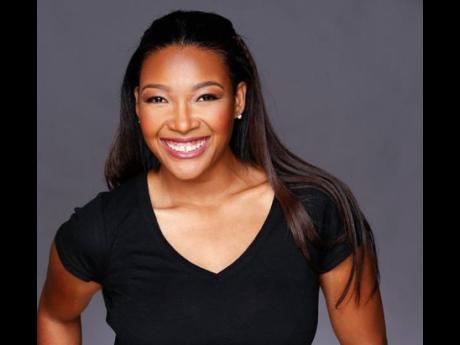 When there was a plea for retired healthcare professionals to return to work, former army nurse and Jamaican actress and activist Shauna Chin was called to attention. Following the lead of other public figures like the Prime Minister of Ireland Leo Varadkar and Miss World England 2019 Bhasha Mukherjee, Shauna heeded that call to take her place on a new stage on the battlefield, where people continue to brace against the onslaught of the COVID-19 pandemic.

Before the actress donned stethoscopes and gowns on television series, she did the real thing. She was trained as an army nurse after signing up at age 17. She served in the US army for eight years, and was even deployed during the Gulf War. Even with that experience, COVID-19 is still something to behold.

To rejoin the healthcare force, there were certain, necessary re-certifications she had to take. Now, Shauna is a CCRN, a critical care registered nurse, specialising in intensive care, emergency and the surgery units. She's currently assigned to ICU.

The virus was concerning for the actress when productions across Los Angeles were shut down. Initially, she thought the symptoms sounded like viral pneumonia, and believed it was a circumstance that healthcare professionals would be ready to combat.

But reality struck on her first shift in ICU.

She described interacting with the patients on ventilators. Because of the tube down their throat connected to the machine, the patients communicate with their eyes. "There's a certain yearning, a plea wah dem give yuh. It ah come from deep in your soul where they're trying to reach you, and connect with you as a person to say 'help me'," Shauna told THE STAR.

She continued, "There's a certain touch that a patient gives you. You feel the longing and the yearning. They grab you to connect with you. It's a truly humbling situation that I hope not a lot of people will have to experience in their lifetime."

War and a viral outbreak seem incomparable, but Shauna managed. The greatest similarity between both experiences has been anticipatory gloom.

"There's a sombre underlying not that the nurses, doctors, respiratory therapists, unit secretaries - there are so many people who go on to the frontline of this fight. Everybody has this knowing. There's just this underlying gloom," she said, describing the vibe in the hospital.

Shauna first felt that gloom soon after her first deployment. The most significant moment of that experience was the activation exercise. There was paperwork to fill out, for each soldier to declare 'who gets what' in the event they don't return home.

She said, the sombre atmosphere in that bay area where all the soldiers gathered before being shipped off to war, is the same atmosphere at the hospital.

Yesterday, she told THE STAR that being in the ICU is "emotionally draining because not only are your patients dying but their families aren't being allowed to visit due to infection protocols".

"So as nurses, we are having to be the connection for the families. Usually it's 1-2 persons we're doing that for, but with COVID, the entire floor is dying so everybody is leaning on us heavily. It's a level of mental and physical exhaustion that is hard to explain."

EDITION OF THE STAR