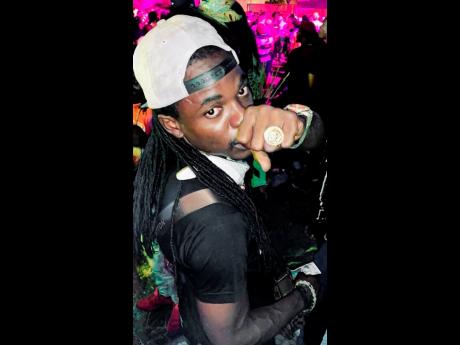 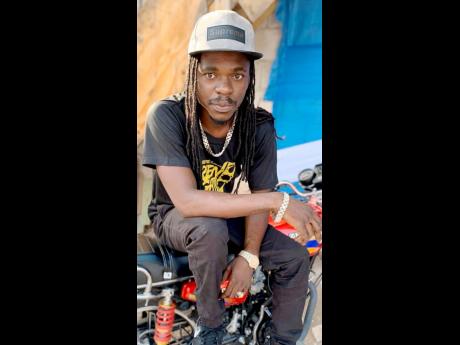 Plagues and pandemics have been making all the headlines lately, but that hasn't really bothered recording artiste and label owner lASt CHAPtA. As a matter of fact, his identity is built on the concept of the 'last days', based on his study of Revelations, and the feeling that comes when reading the final chapters of stories and books.

"I realise with most writing, whether it be visual or reading, whenever you're approaching the end of the novel or movies, it gets more interesting, dangerous, exciting. lASt CHAPtA is just giving the people that exciting feel, and still keeping the lyrical content within the last days. Because you see wah gwaan? Revelations time," he told THE STAR.

lASt CHAPtA's story is indeed interesting and exciting, with a dash of danger. Later this year, it will be framed in a documentary detailing his spinal injury, recovery, and the settlement of a multimillion-dollar lawsuit.

Despite the air of finality around his name, lASt CHAPtA is actually in the midst of fully establishing his record label and studio, Spinal Chordz. While label operations are up and live, the studio is currently under construction.

"I have the physical establishment now. We just ah finish up and hope seh we can get some of our productions out there, while still using strength from the legendary industry players," lASt CHAPtA said.

There is significance with his stage name too, taken from a life-changing incident he suffered years ago.

"I got a spine injury in 2004. I slipped some discs. So I just use the same spinal and the musical chords spelling and put it together," he explained.

Though he was born in Trench Town, lASt CHAPtA's Spinal Chordz is based in Cassava Piece, where he has been living for the past decade. That's as long as he has been pursuing success in the entertainment industry.

Before settling in 'Mavado's birthplace', he bounced around a bit. He said, "Dem time deh, mi parents neva deh round much, so mi did haffi bounce between auntie and ting." Sometimes, he was back and forth between Rema and August Town.

"Mi fada di guh ah England, and my auntie was the only person available for me to stay with. That's how I come uptown come find Constant Spring, and find di Gully," he said.

During those 10 years, lASt CHAPtA learnt some hard lessons.

"Mi learn a whole heap about the business itself. I've been betrayed by producers, but mi learn over time, you have to keep it business. Don't try to do it because it's your friend. Down the line, it might hurt you," he said. "The hardest lesson for me was actually getting back into music, after I sustained the injury. That showed me that no matter how skilled or talented you are, if you don't have that determination to bounce back from the worst scenarios, it would cause you to stay down."

That lesson will be outlined in his upcoming documentary, which will also answer questions for his community members.

"The series is called Share My Journey, produced by Infosys TV. It was supposed to be released, but because of the COVID, it got delayed," he said.

Interesting Fact: "Nuff people nuh know, because mi nuh talk 'bout it. I was a lucky recipient of a claim. Same injury thing. Mi did win a lawsuit last year and get a whole heap a money, over J$20 million. A lot of people actually think it's Gully God putting the finances to my career, but ah the money me win from the lawsuit I've been taking to pump into my music. It's something me always want the ghetto youths to know. You can get a lawyer if you get a claim."

Inspirations: "In order to stand out, you have to listen to persons who can give unique creative juice. So that's Sizzla and Mavado for me, for now. Coming from the August Town background, Sizzla Kalonji is somebody who, even my vocal style might sound similar to his. Mi have thousands of Sizzla CDs."

New Releases: "One is called Bed of Roses, telling the people dem everything you see ah gwaan, it's never as it seems. The next is a song called Corona. Mi just use a metaphor fi seh it's not just corona alone, some people sick mi."