Festival Song finalists to be announced this week 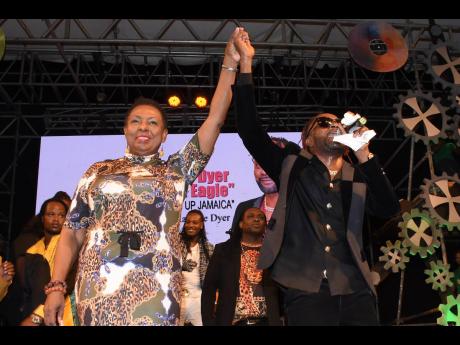 Entertainment Minister Olivia Grange said that plans are well advanced for the staging of this year's Jamaica Festival Song Competition.

She said that there have been several changes in how the programme is being executed but things have been progressing smoothly towards the finals in July, early enough so that the country will know the winning song in time for the Independence celebrations.

"During the period of restrictions due to the COVID-19 virus, we have used the time to work through the challenges presented to the normal staging of the competition. We were able to complete the last of three auditions across the island in the first week of March as well as receiving recordings as customary. The live auditions were a new element of the competition added this year.

"Since then, we convened a panel of industry experts to analyse the songs that made it through the auditions, which were recorded, and those entries that we received through recordings. The 10 songs will be announced later this week," the minister said.

Due to social distance requirements, the event will take a TV and social media format, to give the wider audience a chance to participate.

Grange said there are high-level discussions taking place with strategic partners to finalise the format and presentation.

"This will be a signature year for the Jamaica Festival Song Competition. I hosted a Think Tank in February with members of the music industry to look at the way forward and we got some very good inputs and recommendations. Among those who attended were Buju Banton, Donovan Germain, Cleveland 'Clevie' Browne, Barry Ohare, Tommy Cowan, Clive Hunt, NotNice and many others, including music administrators, radio presenters and media personalities. I feel renewed energy from the music industry and this will serve well for the future of the competition," Grange said.