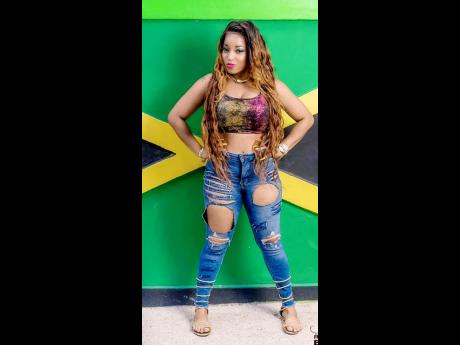 Fast-rising dancehall singjay Tashina is making an urgent call for Jamaicans to recognise that all lives matter, especially those from inner-city communities.

Noting that Monday was a day of mourning for two cops who were slain in an operation in Horizon Park, Tashina sent condolences to the families.

"It is really sad that the people who protect us are being killed. It doesn't give public confidence that the police can keep us safe. While we are saying 'Black Lives Matter', 'Police Lives Matter', we also need to recognise that 'Ghetto Lives Matter'; the ghetto youths come in the line of fire," Tashina said.

In a report titled, 'Waiting in Vain: Unlawful Police Killings and Relatives' Long Struggle for Justice', human rights organisation Amnesty welcomed recent reductions in the numbers of civilians killed by police in Jamaica, but said that officers perpetuated a culture of fear.

"Sometimes, the security forces deal with ghetto youths with brutality," said Tashina. "The way justice operates is that a man is presumed innocent until proven guilty, and as such, he should be given a chance to face the charges and evidence brought to an impartial court to defend his character."

She added, "We can use this time to reflect and say, hey, you have to look and see where you're going and make an assessment, we need to look into all aspects. I am not inciting any negativity against police but we need to reflect that all lives matter."