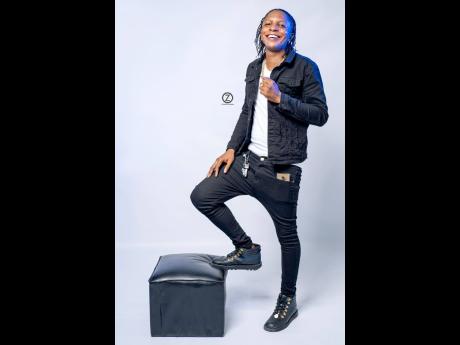 Dane Hype dropped his first single, Clean up Your Heart, at age 16. The Anchovy High School past student, whose given name is Sheldon Whyte, believes he was born to be a musician. "I have been doing music since high school days and never turned back. Music is a form of expression for me and I love expressing myself about what is happening around me. I feel as if music was instilled in me."

Since leaving high school, the entertainer has been pursuing his music full-time.

"I am a recording artiste and music is all I know. Even though I am a brand ambassador for some companies, I eat, breathe and sleep music. There is a song I did recently titled NICE, which has a summer vibe to it. The audio is released but due to the coronavirus pandemic the video will officially be released in 2021. I believe people will love it," said Dane Hype.

Dane Hype told the THE STAR that he currently has his own record label, Prezidential Kingz, but is currently working with two other labels. In addition, he feels that he is poised to reap huge success as a result of the cross-border work he has been doing. "I did collaboration with an international artiste from Grenada, 'LuLu', and so far we are getting positive reviews. I have also worked on projects with hip hop artiste Murdakkh," he said.

The entertainer told THE STAR that he has done a lot in the music industry.

"I have been around the United States and did shows and events. I am exposed to the industry. I have songs streaming on some popular platforms such as YouTube, Pandora and Spotify."

The 29-year-old said his biggest dream is to take his music to the international level, following in the footsteps of the likes of Shaggy, Sean Paul and Charley Black.

"Being in the music industry for over 10 years, I want to make a name for myself. I want to do what some of the greats in the industry are doing, and make an impact," said the entertainer, sports lover and self-proclaimed humanitarian.