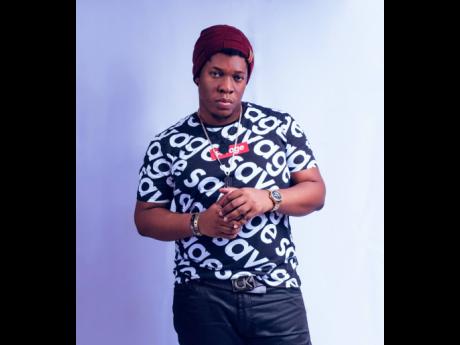 "It's about a girl who has been playing it dirty, 'ping-ponging' between her main lover and side lover," he explained. The song is a part of a series of releases under the theme 'Dancehall & Blues', which focuses on the roller-coaster phases of finding and losing love.

"This song in particular focuses on the hurt and bitterness that can come from losing love by the number one reason today, cheating. It relates on a personal level for me, as well as friends and acquaintances who have shared similar or even worse scenarios," the artiste added.

The versatile artiste is very hands-on when it comes to the production of his work, from writing to recording to mixing and mastering.

"The riddim was created in 2018 for another project that fell through and was mildly revised in 2020 to suit this song. I started writing the song back in February; I recorded it in August and completed production by early September," he said. "I work a lot so I don't get as much time to spend my passion for music as I would like. However, I am changing that with each passing year." He is currently working on the accompanying videos for the track, which is his fourth official release.

"Since I released the track title, everyone has been excitedly curious, since the title alone states something different from my previous releases. I also released a teaser on my social media so it's been driving even more curiosity," he said.