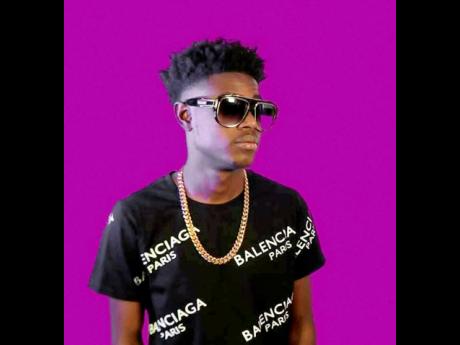 Full Sail University music engineering student Lil Nasheer shares how he managed to win over a young woman on his latest single Hard to Get.

The single was released last month and has garnered more than 112,000 views on YouTube.

"I came up with the idea for the song while I was searching for beats on YouTube and this one melody caught my attention, and the first thing that came to mind was 'ahh ahhh ahhhhh'. So what I did was I took my personal experience with this girl that I was trying get who was playing hard to get. But at the end of day we're currently still dating," said Lil Nasheer.

The 17-year-old singjay, given name Tevaughn Walters, has resided in Florida for the past three years, but was born in Highgate, St Mary.

"Music for me began when my dad brought me to the studio where I recorded my first song, Nuttin Nah Gwaan, when I was seven years old," he recalled. "I am one of the next young upcoming artistes that's going to take over with a different vibe and flow. My focus is mainly about the ladies." Lil Nasheer does a mix of dancehall and Afrobeats.