Artiste attacked and shot - Wasp grateful for life after incident 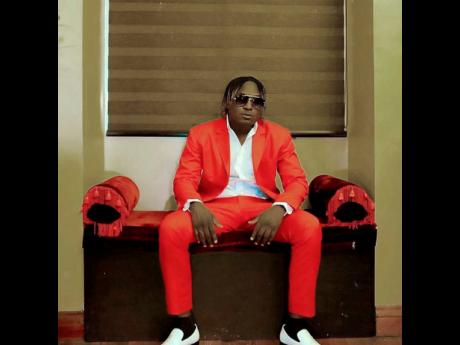 Dancehall artiste Wasp is today thankful for life after he was shot and injured in an attack by a lone gunman on Wednesday night.

The entertainer told THE WEEKEND STAR that he was at a residence in the Corporate Area when he and a group of friends were pounced upon by a single shooter on foot.

"Mi deh deh a play some Michael Jackson pon one likkle boom box outside and a hold a vibe when mi mother come out and a remind we bout the curfew. Mi say to her say 'from yah tell we bout curfew, a send yah send we go we yard'," he said.

"Mi tell her say a pack we a go pack up now we just a play one more song. As we deh deh a vibe to one a my song dem now, we pull it up and by the time it a playback, mi hear the shot dem go off. Somebody screechie up pan we and fire couple shot inna mi direction and one fly chu mi hand."

The police's Corporate Communications Unit (CCU) confirmed the shooting. It said Marvin Clarke (Wasp's given name) was injured in a shooting incident in the Kingston 10 area, about 9:15 p.m. According to the CCU, one man with a gun walked up to Clarke, shot him and escaped. The entertainer was taken to the hospital, where he was treated and released.

Wasp believes he was the target because of "bad mind".

"Weh me think is that me start do a lot of work now in music weh a get noticed. Mi have a song out wid Kartel, Romeich just do a song wid me, we about fi drop that video, we a do shoots almost every week, and so this is the most active I've ever been in music since I started out," he said. "This is 2020 weh everybody a say a di worst year, and it was shaping out to be one of mi best years inna music, and so I think is bad mind plain and simple."

Despite acknowledging that the police are investigating, Wasp said he will be securing himself and his family.

"Nobody nah go see me a roll without mi shields up now. Mi is a yute weh roll like mi a nuh artiste and just do road by mi self. Yuh nah go see dat again," he said. "I am a praying man weh get up and cover mi self before mi touch the streets, and when mi pray mi believe say God a protect me, and so when a thing like this happen mi thankful fi di coverage. When the shot fly chu mi left hand, it coulda easily go near mi heart, and it never touch me, so mi thankful. God a work harder than the devil," he said.