Flaules looks to inspire with music 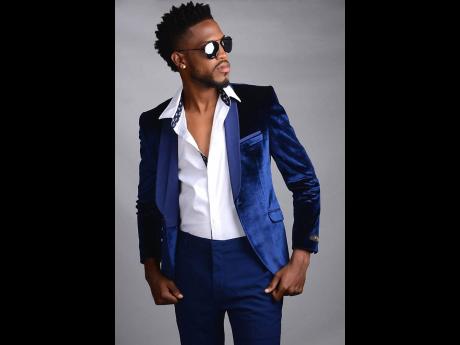 Richard Crooks openly admits he was "a delinquent child", but having transformed his life, is now looking to use those early struggles to inspire others through music.

"I was expelled from Bridgeport (High School). I got in a lot of fights and was mischievous, and it led me to a juvenile centre for nine months. From there, I self-actualised and said I don't want this for myself," he explained.

Today, the 29-year-old is is a trained teacher and is seeking to succeed in his musical career, using the stage name Flaules. He believes there is a space outside the classroom for him to share his personal story.

"I have messages that I need to express so that persons who are facing the same issues can relate to it. My music is inspired by my personal experiences and things happening around me," he said. He launched his musical career two years ago.

Flaules has released songs like Pressure and Working Hard, and is working to release two EPs early next year, titled The Journey and Come Home.

He said the songs will capture his experiences to motivate listeners and push persons to work hard for what they want, while staying humble. He is hoping to gain a wider audience to share what he learnt from being locked up.

"Some of the persons who were in juvenile centres when I was there are in prison right now. I have moved on from that, I'm ready to spread my wings to the world, there's no going back," he said.

After leaving the juvenile centre, he was granted a space at Kingston Technical High School. Crooks excelled, attaining eight subjects in the Caribbean Secondary Examination Certificate exams. He attended Jamaica College (JC) for sixth form and gained seven units of the Caribbean Advanced Proficiency Examinations. He played on the 2009 Manning Cup team, and received a scholarship to the University of the West Indies, where he earned a bachelor's of education degree in computer science and information technology in 2015.