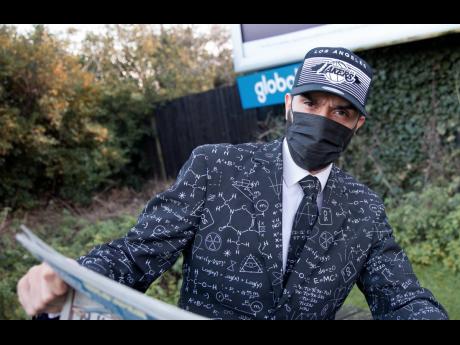 British Prime Minister Boris Johnson has been roasted by comedians and recording artistes who wish to share their opinions on his role in addressing social issues.

Unlike The Kunts single which is an expletive-laden repetition of the title, Irah said that "the 90s-style dancehall track is not about protesting but letting the Caribbean, and particularly Jamaican diaspora know that we are still keeping our reputation of being politically aware of our surroundings as we continue with our rebellious streak in the way we present our creativity. Literally it's just saying 'I am here'."

Irah's track, though not officially released, has become somewhat of a viral sensation on social media, specifically on Instagram.

The track, which is recorded on one of King Jammy's iconic rhythms, is a playful critique of Johnson and his cabinet, which speaks to the frustrations of a nation currently in a third national lockdown. Irah said the idea was brought to him by popular UK event producer Nick B.

According to Nick B, they are trying to replicate the reaction that The Kunts single generated without any controversy.

"As a matter of fact, I don't see it as controversial because comparative to the punk rock track that charted in Christmas, this wasn't harsh. It was more satire of the actions of the prime minister who people are known to make some comedy about as a way to release their frustrations," Nick B told THE STAR. "It's so unanimous, in a broad sense of appeal, and Irah did a tremendous job - the words used aren't ones we would get in trouble for in our [UK] society. It's a funny situation for someone outside of the UK to make sense of. The use of the popular riddim is so that it would be a familiar sound for dancehall fans as soon as they hear it."