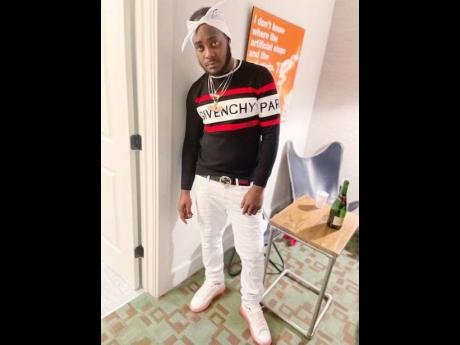 Up-and-coming dancehall artiste Bulby is overwhelmed with the response he has been getting since the release of his new single, iPhone 12.

"I am overjoyed with the responses, it way better than I expected. I spend hours reading all the positive feedback and the love from my fans across the world, especially in the Caribbean islands. I really appreciate all the love from the fans and friends," said Bulby.

The single was produced by Fyah Pon, recorded by CJ Chemist, and written by Bulby.

"The song has been getting major airplay across the Caribbean; we also getting support from selector Hotta Rice and other disc jocks across the world," said Bulby.

The artiste is currently in the studio recording tracks and preparing to release more singles in the coming months. But for now, he is focusing on promoting iPhone 12.

"All I can say is that I am well driven and ready for the world, just listen out for some great music coming your way soon," he said.