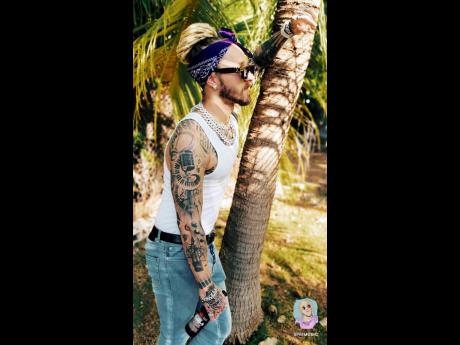 S Pri has his sights set on a local music career. 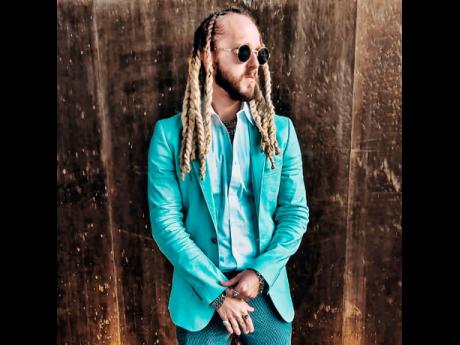 S Pri says making it as a white non-Jamaican on the local scene will be hard but he’s ready for the challenge.
1
2

Stefan Christopher Prieler may have been born in Austria but it is the music birthed in Jamaica that has his heart.

The aspiring entertainer told STAR on the Rise that he fell in love with reggae and dancehall music from a tender age, and since then had his sights set on a career in music.

"My whole family is well into music. My grandfather used to listen to the reggae legends like Bob Marley, Peter Tosh and Burning Spear so I grew up on Jamaican music. In my juvenile days I came across the Back To Basic album of Beenie Man and fell in love with dancehall and dug deep into the Jamaican culture, the history of it, and I've been stuck ever since," he said. "But listening to the music itself wasn't satisfying enough so I started my first steps into making music. I started taking music seriously in my early 20s and since then I've been trodding on that path."

Prieler, who goes by the moniker S Pri (pronounced S-pree), said he understands that as a white non-Jamaican, breaking into the local music market will be a challenge. But defining himself as a warrior, S Pri said he is ready to face all obstacles that will come his way.

"The music business itself is very hard. It is a battlefield and so you need to have your warrior and soldier mentality otherwise you lose," he said, adding that a genre like dancehall is even worse.

"It is more of a war, a battlefield, so trying to establish myself in this genre is such a huge challenge, and with me being the white and non-Jamaican, that is an extra obstacle, and so I need to go the extra mile to prove that I am genuine and authentic," he said. "Mi bright and feisty trying to establish myself in dancehall, but at the end of the day, I can't change who I am and so I have to learn to deal with it and don't let it (the obstacles) put me down."

The entertainer says he is just going with the flow to see how far he can reach in music.

"I just want to find my big spot among my people in the dancehall business, and I want to earn the respect of the Jamaican fans and see how far I can take it and how much respect and ratings I could earn, and how big a fan base I could grow," he said. "International target is a must but I rather have my 10 yaad man, my 10 Jamaicans giving me the ratings and respect for what I am doing rather than 20,000 generic people who listen to my music but have no connection. If Jamaican people gimme the ratings or respect for what I am doing, it's proof that I am doing a good job, and that is very important for me."

2. Dream Collaboration: "At my level now, being the up-and-coming artiste, any collaboration would help the career, but the biggest dream or one of the biggest milestones in my career would be to work with Aidonia and Mavado. I would say two a dem a di biggest influencers and idols for me."

3. Songs promoting: Cheers to Life, Cash Flow, Born Winner, Touch Yuh Body and "my personal favourite is BLM, my contribution of the issue of Black Lives Matter, which was a huge hit last year".