Steff Currency believes he has the ‘blue print’ for success 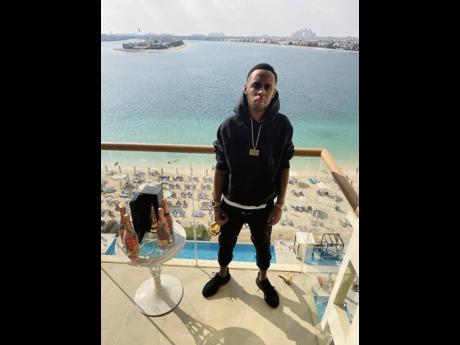 Determined to make a big impact in the music industry, dancehall artiste Steff Currency has created his own production company and label, Blue Print Music.

The label was launched in 2020 with the release of his single Big Dreams, featuring Trenz.

"From as far back as I can remember, I've always been passionate about music. When I was growing up I loved going to stage shows and listening to sound-systems. Eventually, I began to listen to beats and freestyle over them," said Steff Currency. "My cousin Miller9 who most people know as an associate of Vybz Kartel, is a producer. Being around him has also helped to fuel my desire to be an artiste and producer."

Steff Currency plans to establish himself as a household name in Jamaican music, and build his label into a powerhouse.

"Building my career and helping other new artistes to get a break in the music business is my main focus right now. I want to be a global star and make Blue Print Music into a global brand," he said. He is currently promoting a new single titled Styling, which features Trenz and Fury Sparta.

"This single is gaining a lot of traction right now and Big Dreams is also doing well. I'm pleased with the feedback that I am getting about both songs," he said.

Also in the pipeline for Steff Currency is the release of a collaboration titled Kobe, which was done in tandem with Munga Honorable.