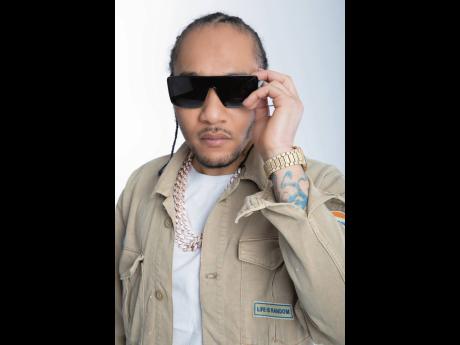 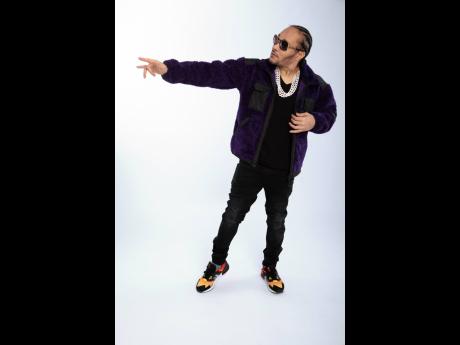 He's no Frank Sinatra, but dancehall entertainer Stein, formerly Einstein, known for delivering hardcore lyrics, was armed with a line from the icon which he delivered in Swedish.

" Jag tror att jag kommer att alska dig, which translates to 'I think (or believe) I am gonna love you' in English," Stein said confidently in a recent interview with THE WEEKEND STAR. "I've been here [in Sweden] on the European side of the world for about five years now. I made it my duty to learn the language, even took classes, so I could share my own language of music. Though most persons show greater interest in me speaking Patois."

Having discovered a small niche for dancehall music while on a European tour, the deejay gradually developed a fan base that supports his music. Then in 2011, love led him back to Sweden.

"It was originally a relationship with a female in Jamaica who was from Sweden that made me visit, but I ended up living there after some time. But when we say the word 'love', that's what the European dancehall community is built on, meaning everybody I have met so far is about working together, no 'fight gainst' ting," he said. "The country itself is not a violent one; it is very calm and you see people, from little children to the elderly, walking through the streets at midnight and it is safe for them. Also, you don't have to worry that someone is going to feel negatively influenced by your lyrics. Here, they listen to the badman songs, the party songs, everything that's dancehall, but don't allow it to influence them."

As part of the generation of recording artistes who emerged during the Gaza-Gully feud, Stein stands firm in his belief that the aggressive nature of the dancehall does not influence crime and violence. He had become involved in the musical clashes, too, but explained, "Back in dem time, remember it was the 'lyrical war' that was making headlines, (so) if you not singing dem type of song, or show support fi a side, nobody nah give you no attention."

Stein's hits include Rise Di Machine (Caliber), Shoot Dem Up and Safe and Warm, which was more of a love song. His song Black Rain Fall, on Demarco's label, received great reception on tour. He said, "Dubplate never stop record for a lot of these songs and even the clean ladies' tunes; the sound systems and selectors request that I flip them to fit into clashes."

The last time the deejay came to Jamaica was approximately six years ago, he said, where he performed in Clarendon, and while he continues to record for Jamaican producers, he still feels there is room to grow his audience.

"Well, of course the challenge right now is to get myself out there and make the people see me physically, but the best way to grow my audience is to gain more recognition in Jamaica. When people are looking for dancehall music, they look to Jamaica first, what is coming directly out of the country," he said. "I don't believe I got a long time on the main stages so people could consider me mainstream there. So, even though I would like to take my family in Jamaica to Sweden, the plan is also to return at some point."