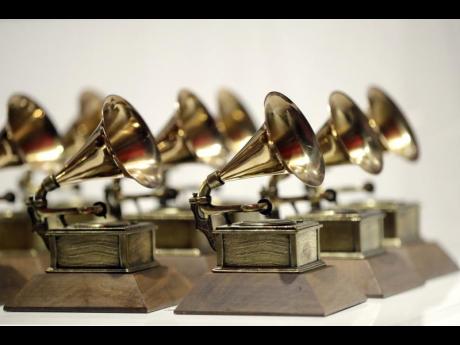 LOS ANGELES (AP) — The Grammys will stick to its word with the public release of the full inclusion rider to ensure equity and inclusion in hiring on all levels of production for next year’s ceremony.

The Recording Academy released on Tuesday an eight-page document detailing the rider’s purposes and objectives.

The agreement requires producers to recruit and hire more diverse candidates backstage and in front of the camera for the 64th annual awards ceremony on Jan. 31

Academy CEO Harvey Mason jr. said he’s proud of the initiative and hopes the concept can “move the needle.”

The academy announced the adoption of the inclusion rider in August.

“The inclusion rider is something that will provide an opportunity for people that may not have had one before,” he said in a recent interview.

“That’s really important to me. I wouldn’t be here if someone didn’t give me an opportunity. I’m trying to make pathways and make sure there’s areas for people to work into a system and climb their way through.”

The rider requires Grammy producers to audition, interview and hire onstage and offstage people from groups that have been historically and systematically excluded from the industry.

Riders are addendums to contracts.

The academy’s initiative was created in partnership with several groups including the Color of Change; inclusion rider co-authors Kalpana Kotagal and Fanshen Cox DiGiovanni; Ryan Butler, the founding director of Warner Music/Blavatnik Center for Music Business at Howard University; and Valeisha Butterfield Jones, co-president of the Recording Academy.

Kotagal, a civil rights attorney, said the rider includes four key elements that will drive improvement for representation and equity.

She said there’s a commitment to diversifying hiring pools, benchmarks and targets for hiring, collection and analysis of applicant and hiring data and strict accountability measures.

“By committing to use the inclusion rider for its 2022 production, the Grammy Awards is not only ensuring a more equitable and diverse hiring process, it is also setting an important standard for inclusivity and representation at award shows moving forward,” she said in a statement.

Mason echoed Kotagal’s sentiments of holding people accountable and being committed to put in the “real work” to help create a pipeline for diverse talent.

He wants to function under the idea of making sure the academy is “inclusive, diverse and equitable.”

The term “inclusion rider” was brought into the spotlight in 2018 when Frances McDormand mentioned it during her best actress Oscar acceptance speech.

“You’re not going to find an organisation that cares more about diversity and changing and heading in that direction than us,” Mason said.

“We are dedicated to that work. I hope we can kind of be a leader in that space and make sure we’re doing it in a way that people look and say ‘Oh, the academy got that right.’”