Khalifa X6 is ready for the spotlight 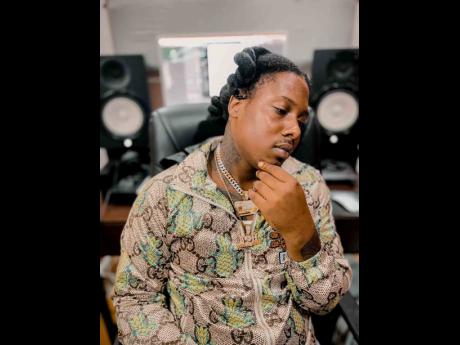 Up-and-coming dancehall artiste Khalifa X6 is confident that he has what it takes to be a dancehall heavyweight.

"I know I have the potential to make it big in dancehall music, I was born talented. Over the past eight years, I've been working non-stop to make a name for myself in the music business. I am serious about my career. I don't want to be a one-hit wonder or have just a few hits under my belt. I am aiming for something much greater than that. I want to hit the Billboard charts multiple times and win Grammy Awards. I want to be an international music star," said the artiste.

The hard-working deejay, who lists Alkaline, Masicka and Chronic Law among his musical influences, is currently promoting his new single titled Stronger, which was produced by Dinesty King and released on the Dinesty Kxng Muzik label on November 11.

"I'm pleased with the response that my new single is receiving. It's getting a lot of support from DJs both locally and overseas," said the artiste. Khalifa X6 is currently busy in the studio working on new music.

"If you want to make it in the music biz, you have to stay ahead of the game by consistently recording good-quality music, and that's what I'm doing. Believe me, I have a lot of new tracks coming. I'm in this game to win it," he said.

Khalifa X6, given name Jason Fox, is a past student of Muschett High School in Trelawny. He launched his recording career in 2014 with the release of a song titled Paranoid, which was produced by One Dream Records and Hard Streetz Records.