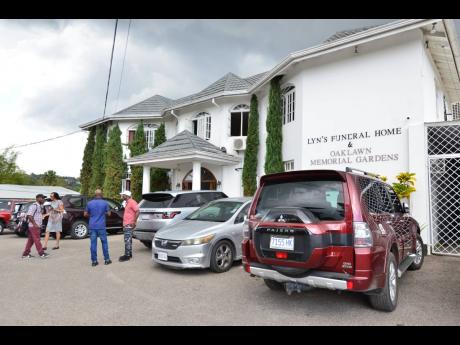 People go to work at Lyn’s Funeral Home without fear of the dead. The operators and workers there said it is like any other business. 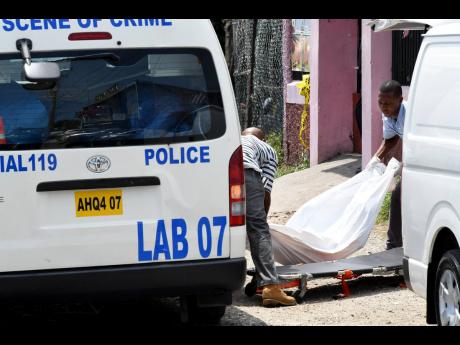 Some aspects of the job are not to die for. 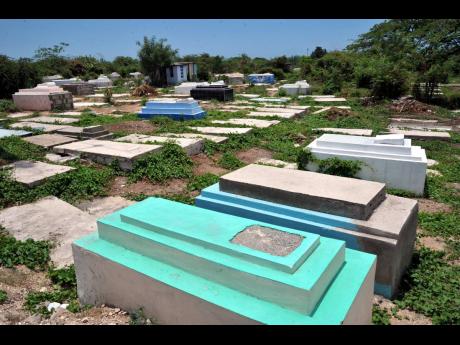 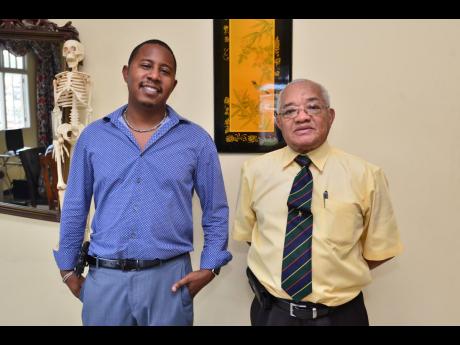 For many people, the thought of working in a funeral home doesn’t exist when they think about finding employment. The reality is that people prefer to deal with the living. Some avoid the job altogether due to superstitions or just a crippling fear.

That, however, is not the case for Dayne Chuck, who has been part of his family’s funeral business – Lyn’s Funeral Home in Mandeville – for 13 years. Despite studying computer science and accounting, among other subjects in college, he has chosen to make the funeral home his place of work.

Chuck plays many roles – bathing dead bodies, dressing, and even embalming them. He told THE STAR that as a youngster, he was surrounded by the business and eventually, he grew into it.

“To me, it’s work. It’s like someone who works as a butcher and cut up chicken and cows all day. It doesn’t bother me. No nightmares … I sleep good every night. I have no issues sleeping. I grew up with this … I am third generation in this business. It’s my grandparents, my mother, and me. So as a little kid, I am running around caskets, so it doesn’t affect me one bit. I grew into it,” he said.

With 13 years of practice, Chuck has seen countless bodies of different shapes, sizes, and colours, so much so that the first body he worked on is all a blur. However, over the years, some of the bodies have certainly stood out.

“The worst body was a case where a guy was killed … he committed a crime in a town and the community caught him and beat him up. In doing so, somebody got a machete and took out his jaw bone. That took a lot of reconstruction. Worse cases? I’ve had decapitations.”

“There are cases of bike accidents with people who didn’t wear helmets. When you crash, your skin just gets destroyed. If they have been found dead, and ants and rats eat off the person’s flesh, we only restore to a certain point, most times. A case may take between half an hour up to two hours. A two-hour case may be a car accident or anything like that, electrocution, or gunshots,” he added.

Not only do workers engage in putting bodies underground, but they also exhume them. That’s where Leon Fray comes in. He is responsible for exhumations.

“I do the removal of bodies, the digging up of graves, and reburying them also. I’ve been doing this for over five years. Doing this work, it makes you appreciate life more and know the value of life.”

Nonetheless, some aspects of the job are not to die for. “Some of the worst scenarios doing removals … is like the decompositions and seeing all the intestines and stuff like that,” he said.

And what about protecting himself from evil forces or spirits?

“I have no fear of anything that has to do with spirts or duppy and anything like that because it’s not real,” Fray said.

Chuck says many people have special requests as it relates to how their loved ones are laid to rest. “A lady died and wanted her dog to be buried with her, but we couldn’t allow that. It’s against the law.”

Sometimes, it’s as if he’s working with a living person when it’s time to wash the bodies. “It’s like taking a shower. Basically, the bigger you are, the more time it takes to wash everywhere. And we wash everywhere! From top to bottom … hair wash, moustache, back, everything … it’s a proper wash. Funny enough, some people, the best bath they get is when they get here,” he said.

James Meggie, who spends most of his days in the morgue, assists with performing autopsies. On a regular day, he is cutting and stitching up bodies.

“After we receive the remains, we make sure all of them are tagged and put them in storage. After storage, now, I’m the person who do the embalming.”

Maggie has no regrets about his job choice. “From yuh regret it, it no make sense yuh start it. I never do more than seven bodies, and that take me from like 8:30 a.m. to 3 p.m. But normally, me nuh work straight … Me go fi lunch. A just finish my work and go buy lunch … chicken and vegetable. When I’m here (morgue), me mind set pon it. When I’m out, me mind off of it,” he told THE STAR.

Calvin Lyn, the man in charge, says the job provides great satisfaction, so the will to work comes easy.

“In this particular field, you are satisfied in doing a professional job that will ultimately be satisfactory to clients or relatives. You shouldn’t have any fear. When you get that satisfaction, it is like any other profession,” Lyn said.

Moreover, he said that the funeral home business is not a dead end job as there is scope for growth in the business for employees.

“If you’re a driver and have the educational background in mortuary science, you can venture into other aspects. Nothing is wrong for you moving from the bottom and going to new heights. We have the office people who work with the clients, the graphic section who does the printing of the programmes, drivers, embalmers, etc,” Lyn said.