Jamaican convicts squeal to stay in the US 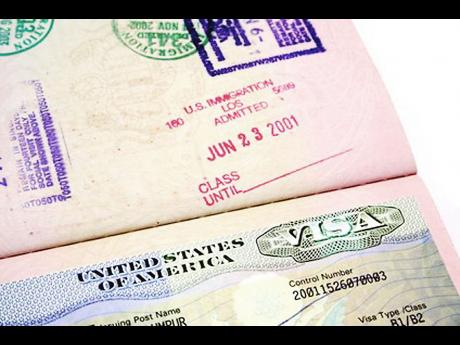 More criminals are opting to become informants for the US government in exchange for S-5 visas.

This is according to former drug kingpin Rob Brown* who provided law enforcement officers with worthy information in order to remain in the US.

“Nuff time yuh hear say some man deh jail fi some serious crime and little after you see dem a road a live free and no get deport and people wonder. People ago say dem a informa but the man dem just a think smart,” he said.

The S-5 visa is a non-immigrant visa which allows travel to US for individuals who are witnesses, informants, or otherwise supplying information regarding a criminal organisation, and whose presence in the US is necessary for law enforcement to pursue investigation or prosecution

“Me and my friends were working for a man who make whole heap a money. Me branch off and start do my own ting and the Feds hold on to me and realise say me no have no papers,” Brown said.

According to Brown, he was told by the authorities that he would be spending at least 15 years behind bars and suggested that he takes a plea deal.

“Dem place dem card on the table and tell me say if me can tell dem where I get my drugs they will assist me to remain in the United States. Me tink long and hard on it and realise say me no have much choice. Me end up leak on some youth who me know say a do the same thing,” he said.

Brown said a major drug kingpin was imprisoned and to this day no one knew that he was the informant.

“The Feds dem do dem ting good and protect them informants because right now a nuff man a do dis enuh. Is either a man do that or tie up him shirt when him inna jail and act like him gay. Nuff straight man find a homosexual and start par with him and act like dem a lovers and it work,” he said.

According to immigration attorney Joan Pinnock, the S-5 visa is nothing new to Jamaicans and other Caribbean natives who have had major run-ins with the law in the US.

“It is often referred to as a ‘snitch’ visa and is for persons who decide that they are going to be informers for the government. They are usually persons who are in the States illegally and have to know a lot about what is going on with some heavy crimes,” she said.

Pinnock however stated that the process is sometimes not that smooth.

“It's kind of a dangerous thing though because if the persons who they are snitching on find out, it can be deadly. That is one of the reasons why I don’t really push this,” she said.