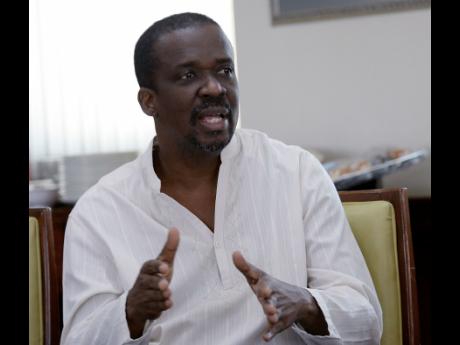 The influence of the Christian culture on Kingston is not confined to the many churches that adorn the well-laid-out capital. In fact, many of the streets in the nation's chief town bear the name of disciples of Jesus Christ. This week, The STAR begins a series on these 'biblical streets.'

The first in the series is Matthews Lane.

Many persons, some of whom are Christians, said that St Matthew would be displeased that the community that carries his name has been labelled as one of the most feared in Kingston.

But according to the residents, St Matthew would be pleased that his name is associated with the community.

"Matthew was a bad yute enuh, so me nuh think him would be upset. If what is written in the Bible is true, then Matthew would be pleased to know say him gone spend time a heaven and the youths dem deh here a hold it down for him, like a soldier," said Seconia Williams, between laughter.

Prior to preaching the word of God, Matthew worked as a tax collector in Capernaum, which, according to another resident, would somewhat made him an area leader.

"Mi nuh sure if extortionist would be the right word, but it take a top man to be a tax collector, because no fool couldn't go inna any man place and just demand tax money so. Furthermore, Matthew was human to know say you can't soft and survive in this world. We are God-fearing people at the end of the day, just like Matthew, so right now me think him woulda feel proud a him community in some way. Me nuh think him would love the bag a tiefing ting, still," another female echoed.

"He changed his lifestyle and started to follow Jesus," he noted.

"He would not be upset that the community is named after him, because he would remember where he is coming from and say that there is hope for people in Matthews Lane, too," he said.