Elderly woman thrown off bus - Passenger booted for not having change 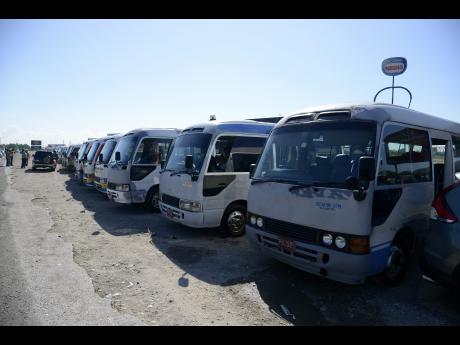 A Coaster bus conductor felt the ire of passengers recently after he ushered an elderly woman off a bus simply because she did not have $100 change to pay her bus fare.

THE STAR understands that the woman opted to pay the conductor using a $1,000 bill. However, the conductor, whose bus plies the downtown Kingston to Lawrence Tavern route, was adamant that he was not making change for his passengers.

The woman, who was the only passenger without change, was forced to depart the vehicle halfway through her journey.

"Is not like is a $5,000 bill I was paying with. It's a $1,000, and if he collected the other passengers' bus fare he would have the change to give me. He was saying he can't give away all his change. My journey was nowhere complete. They do this all the time, and I think somebody should put a stop to it," the woman said.

Our news team was told that the passengers, who were not pleased, did not hesitate to let the conductor know how they felt.

"The passengers told him their minds. It was a disgrace. If I had change, I would have given him the $100. Some of these conductors think too much of themselves," the woman told THE STAR.

Our news team tracked the conductor based on the description given, but when we reached out to him, he declined to give a comment.

After hearing about the incident, Petra-Kene Williams, corporate communications manager at the Transport Authority, told THE STAR that a violation was committed.

"Yes, there would have been a violation. The law does not permit the bus crew to put a passenger off the public transportation for that type of offence," she said.

Williams explained that unless the passenger has a foul odour, used an offensive language or his/her conduct was threatening to other passengers, it goes against the licence issued to operate.

"We would have to investigate the situation by contacting the owner of the vehicle who employed the conductor because the conductor is an employee of the licensee. The challenge we have is when the passenger(s) do not take note of licence plate, any markings on the vehicle and date and time an incident occurred," Williams said.