Gardens of Kingston: Some 'Back To' mothers accused of exploiting children 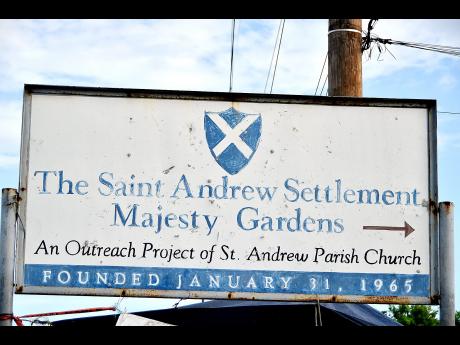 As the vehicle came to a stop at a traffic light on Marcus Garvey Drive in Kingston, a group of boys, the eldest appearing to be about 11 years old, run to the window of the vehicle, politely asking for spare change. This practise has become a way of life for these youngsters who all gave Majesty Gardens addresses.

One resident of the inner-city community blamed poor parenting for the boys being on the streets begging, and in some cases wiping windshield.

“There are very good mothers here but some a dem a cruff. Some a dem worthless bad.  It burn mi heart when mi see all some likkle baby a hustle and wipe car glass. A lot of times when mi a leave out fi go work, mi see the juvenile them a come off a di road and a lot of the times a dem lazy madda get the money,” one man said.

Other residents argued that some of the young boys often become targets for gay men who offer them money in exchang for sexual favours.

“How can a mother sleep comfortable in her bed, knowing say her likkle son nuh inna him bed and deh a New Kingston a hustle? Mi naah put mi mouth a grung and talk say a nuff likkle ‘fish’ a grow round here because the big man a pick dem up a new Kingston a night time for a grand or less,”  one resident said.

More commonly known as ‘Back To,’ Majesty Garden is one of the toughest communities in Kingston. Windshield wiping is a major source of income for several of the youths in the community.

“It sad when yuh see a youth have to a wipe car glass to send himself go school or fi a dinner money. Mi see mother a call dem pickney phone a ask how much dem make already, and all waah war over the money when it reach. Mi know times hard but parents suppose to care for dem children and not exploit dem,” a woman said.