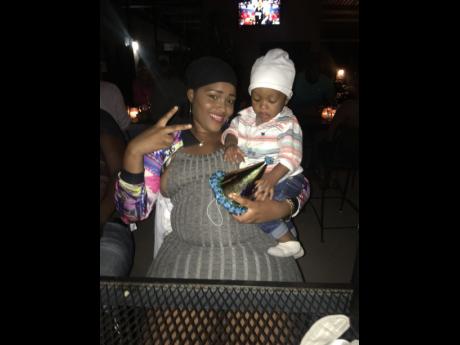 Aneka Forth holds her only child, Krylon Brown. 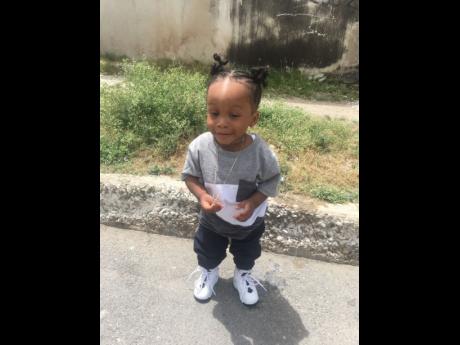 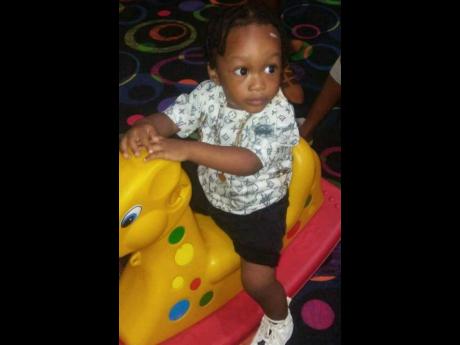 Krylon Brown was only 18 months old when he died mysteriously. 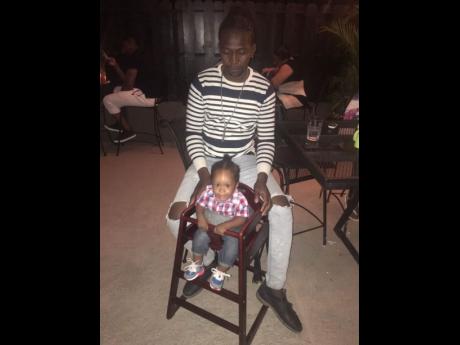 Little Krylon Brown’s smile warmed the hearts of not only his parents but just about everyone who met him.

According to his grandmother, Wendy Campbell, he was the joy of their lives and created a unity between both his maternal and paternal families.

Unfortunately, his loved ones can no longer see Myles (as he was affectionately called) smile because he died under mysterious circumstances on October 19.

His parents, Aneka Forth and Ainsworth Brown, continue to search for answers as his autopsy results are inconclusive.

Forth, while explaining how he died, described her only child as the ‘most loving baby ever’.

“He was playing with some other kids, and I took him up to breastfeed him. Then my little brother came in the yard, and when he (Myles) saw him, he began to cry and stretch to go to him. He took him from me, and then him bawl out and say: ‘Ahhhh’, and start stiff out and him eye start roll over. Mi jump up and grab him, and mi run go over mi mother and give him to her,” she said.

Forth’s mother began praying for her grandson while her daughter went in search of a car to transport her son to the Bustamante Hospital For Children.

However, while on their way to the hospital, Campbell saw when her beloved Myles take his final breath.

“When mi have him inna mi lap, mi see when him take a deep breath and stop breathe, but mi never say nothing to anyone. Mi just a prayer harder and a beg God to save his life. When him reach the hospital, the doctors pronounced him dead. Mi beg them to wake him or just shock him back to life, but there was nothing they could do. Mi grandson just dead so,” Campbell said.

Myles was buried last weekend at Meadowrest Memorial Gardens, and according to his grandmother, almost everyone from their Bayfarm Villa Community came out to pay their last respect to the toddler.

She said that her daughter is a figment of her true self since her baby’s passing. It is no easier for his father, who she described as a devoted dad who would move mountains for this son.

“I  know she is going through a lot. Her friends rally around her, but there are times when she will get space out. Mi know she a think about her son. She misses him a lot. Every minute she looks at his video and pictures, and break down. She say she cry until no more eye water can't come. She and her babyfadda need counselling. Him drown himself in work. Mi grandson was a very happy and small child. and him never get to show his true potential, ” Campbell said.

As the family continues to search for answers, Campbell said she is left to think that Myles may have been a victim of a negative spiritual attack.

“I think it’s a spiritual attack, but I don’t think the ‘blow’ was for the baby. We are not enemies with anyone, but there are demons on earth. The bible speaks about it. It was for someone big, but he is a baby so he couldn’t fight it. I am a Christian, and the Bible tells you that there is wickedness in high places. My grandson gone way too soon, but I keep telling myself he was an angel on earth for just 18 months,” she said.