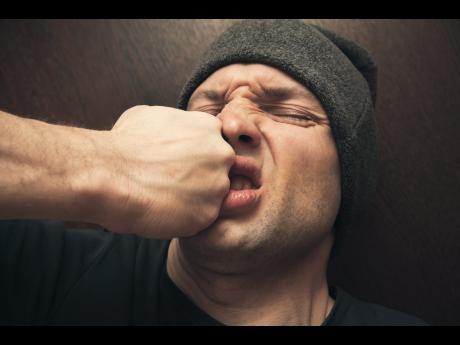 The St Andrew South police say they were called to quash a dispute at a constituency office last week after residents traded blows during the distribution of New Year calendars and care packages.

The usual holiday gesture by the political representatives islandwide reportedly took a new low in the Corporate Area after residents became violent, causing a subsequent delay in distributions.

"A years almanac a give weh and me never see this yet. What is an almanac fi people a fight over. People start fight fi put up politician inna dem house, and politics nah benefit dem," a female resident told THE STAR.

Our news team was told that the fracas involved a man and a woman who are from different areas of the constituency.

"Likkle most the headlines coulda be woman or man killed for almanac. The sufferation is real 'cause politician nah help dem, and dem woulda kill or lose dem life fi put up one a dem inna dem house," a male resident told THE STAR.

Another resident surmised that the contents of the packages and the limited numbers might have led to the flaring tempers.

"The people dem must angry and heated cause dem tell di people dem fi come collect things and when you look, a scarce goods. Pound a rice, pound a flour, crackers, tin a mackerel some people a get. A Christmas now, dem must can do better. Every politician come a same ting. Step up di ting and mek di people dem feel good like how dem (politicians) feel good when dem put dem in," the woman said.

A senior officer attached to the Hunts Bay Police Station told our news team that the police are aware of the incident.

"It's our understanding that during the process of distributing these calendars, foul language was used by one individual and things got physical. A team of officers who was on patrol in the community was summoned and those individuals were warned," the lawman said.

Up to press time, the Member of Parliament for the constituency could not be reached for a comment.