Disabled student chased out of store 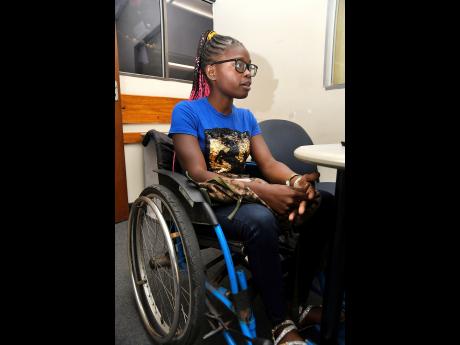 Sashagaye Thompson says she wants to be treated fairly. 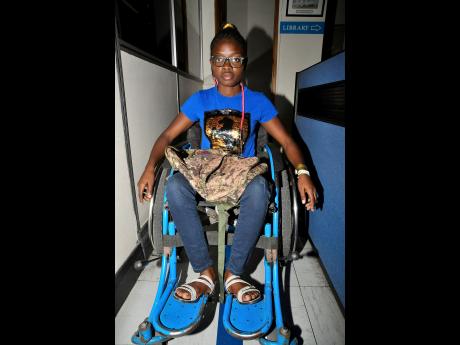 Sashagaye Thompson was reduced to tears after she was chased out of a store in Spanish Town.
1
2

The tears welled up in Sashagaye Thompson’s eyes when she visited THE STAR on Wednesday.

The 21-year-old said she cried after she was chased out of a wholesale by one of its operators on December 22, as she tried to make a purchase.

Like others, Thompson strongly believes that she was treated harshly because she has a disability.

“I went into this store in Spanish Town to purchase something, and a Chinese national immediately told me to get out with my dirty chair. He was shouting on top of his voice in his Chinese accent: ‘Don’t come in here, get out.’ I was astonished, and I even asked him why would he turn me away when I usually visit the store, but he didn’t hear me out. He just demanded that I leave,” she said with tears trickling down her face.

After seeing how humiliated and upset she was, Thompson said her mother went to confront the store operator and was shoved out of the establishment.

“People have said a lot of things about me, but nothing ever hurt me like that incident. My mother was really upset, and she went there and asked them why they spoke to me like that. An argument developed, and one of the workers shoved her out of the store,” she said.

Humiliated in her own country

Reflecting on the incident, the young woman said she is not only disappointed that she was shunned because of her inability to walk, but the fact that she was humiliated in her own country by someone who bears another nationality.

“Imagine a Chiney man come inna my country and a disrespect me and a treat me so. Him just say mi fi come out a him place. My heart is broken in a thousand pieces. Mi travel to school on a daily basis and persons have said a lot of things about me, and I am only human, so its natural for me to feel a way. However, because I am educated, I understand that not everyone will understand what myself and other disabled persons go through on a daily basis,” she said.

Currently pursuing a degree in education, business and computer studies at the University of Technology (UTech), Thompson said she is hoping that persons will be caring towards persons in similar situations.

“I want that Chinese man and others to know that it’s the same blood that runs through persons with disabilities. I have to accept my ordeal and that I am in a wheelchair. For persons to add to all of this, it hurts a lot. Sometimes taximen will say that they are not bringing me in their vehicle because they can’t bother with the load,” she said.

Thompson, who hails from Spanish Town, said that she became paralysed from the waist down at age nine after she was kicked in the back by another student at primary school. Receiving severe injuries to her spinal cord and pelvis, Thompson was forced to spend a year in the hospital, where she underwent vigorous treatment.