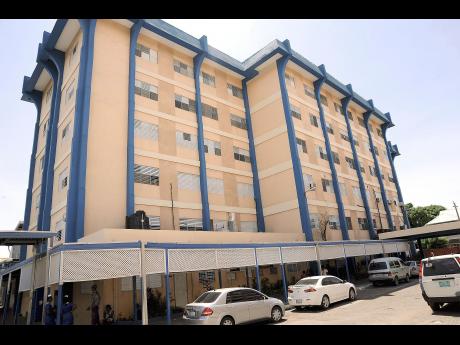 Authorities are currently reviewing security measures at the Victoria Jubilee Hospital in Kingston following the abduction of a newborn at the facility early Wednesday morning.

According to Colleen Wright, CEO of the Kingston Public Hospital and the Victoria Jubilee Hospital, a security breach may be responsible for the incident. As a result, she said that they will be upgrading their system to prevent another occurrence.

The baby boy, who was born just after 7 p.m. on Tuesday, was discovered missing about 4:30 a.m., Wednesday, some nine hours after Suzette Whyte, 41, gave birth at the hospital.

“It was reported that about 4:30 this morning a mother got up to use the bathroom, and on her way there she saw a young woman standing and looking out the window of the ward. She said she was soiled and the floor was soiled, and the woman at the window told her not to pay it any mind and she will have it cleaned up. When she had the shower and came back, the baby was missing from the bed,” Matron Elise Fairweather-Blackwood said.

According to Fairweather-Blackwood, the ward was locked down immediately after the baby was reported missing, and the police were summoned.

“The securities manning the lobby area and the ward were also summoned, and no one had seen anyone leaving the compound. One of the measures that was put in place was that security guards are placed at the entrance and exit of the ward. From the reports I am getting, when the nurse went to report to the security that the baby was missing, the security was not at the post at that time,” Wright added.

Wright also said that patients are never discharged at that time of the morning and visitors are not allowed on the maternity ward outside of visiting hours.

“When a baby is born, he/she is given a band on the hand or foot. The mother is also given a discharge slip to give to the security. A mother cannot leave the hospital without presenting this slip to the security. At that hour in the morning, we would not be discharging any mother, so checks were made on various floors to see if anyone was missing, and no one was found,” she said.

Meanwhile, Wright, the CEO, said the hospital is looking at installing cameras for additional security.

"We are also reviewing the security systems that are in place. Security is something that we constantly have to be looking at and seeing how it can be upgraded. We can't take anything for granted. We thought that we had proper security in place with the armband,  discharge slips, and security manning the floors and entrance and exits, but still something serious has happened,” Wright said.